A new study redefined longevity. Up to now researchers thought that a variant of the FOXO3 gene on chromosome 6 was responsible for longevity. But due to new findings there is a change. These new studies showed that there were rare variants in chromosomes 4 and 7 in centenarians. These variants had a connection with extreme survival, living beyond the age of 100. But at the same time there was also less of  a  risk for Alzheimer’s disease risk  and  for cardiovascular disease. It seems that up to age 90 the variant of the FOXO3 gene has more significance. But for an older age beyond 100 the FOXO3 gene does not seem to be the determining factor. To achieve this age variants in chromosome 4 and 7 are needed.

This occurs only in 1 in 5000 people in developed countries. The researchers noted that only a small percentage of these centenarians studied showed “extreme longevity-promoting variants” on chromosomes 4 and 7. This means that there is a lot more about extreme longevity that needs an explanation.

Metformin is a drug for the treatment of  diabetes. It turned out  later that diabetic patients who took metformin had a higher life expectancy than controls. Now the suggestion has come to the forefront to use metformin as an anti-aging drug.

The microbiome, the composition of the gut bacteria has been found to influence the mitochondria of the body cells by stimulating the energy metabolism. 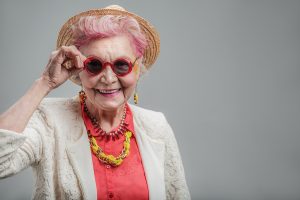 We seem to still be in the beginning of sorting out what contributes to longevity, particularly beyond the 100-year mark. Research has now detected new genetic longevity markers on chromosome 4 and 7. In the past the school of thought was that longevity markers located on chromosome 6 were the only ones that regulated longevity. We know that metformin can prolong life, but we do not fully understand the mechanism. Another aspect is an influence of the gut microbiome on longevity by boosting the energy metabolism in all of the cells’ mitochondria. Certain essential micro minerals and nutrients as shown with the Chinese water study also seem to affect longevity. We do have more answers than in the past what contributes to longevity, but it still remains a topic with many questions that need answers.