Notably, research from Bonn, Germany and Rome, Italy has led to new insights into Alzheimer’s disease. In particular, this review summarizes it. We know from many other studies that Alzheimer’s disease is a neurodegenerative disease that interferes with the normal function of the brain, particularly the memory. It is important to realize that according to the CDC in 2014 about 5 million Americans were living with Alzheimer’s disease. Typically the symptoms occur after the age of 60.

Dr. Caterina Scuderi is an Assistant Professor of pharmacology and toxicology from the Sapienza University of Rome, Italy. She and her team have done research regarding the causation of Alzheimer’s disease. With this in mind, according to her studies there are three telltale markers that come together in an Alzheimer’s patient.

Neuroinflammation is an important component of Alzheimer’s disease

Indeed, Dr. Michael Heneka and his research team from the University of Bonn, Germany started investigating the process of neuroinflammation in 2015. With this in mind, this publication from 2018 is summarizing his work. Briefly, these authors stated that systemic inflammation, which is common in obese people or diabetics, leads to the development of inflammation in the microglia and astroglia of the brain. In short, the end result is the degenerative process in the brain tissue of Alzheimer’s patients. Dr. Heneka stated that there is evidence of “early and substantial involvement of inflammation in the pathogenesis of the disease.” Significantly, Dr. Caterina Scuderi concentrated on this aspect of early Alzheimer’s disease.

The role of glia in the development of Alzheimer’s disease

Glia cells surround nerve cells in the central nervous system. They have a nutritional role, but they also fulfill an immune cell function. When the degenerative process starts in older people, a small number of beta-amyloid peptides precipitate around the nerve cells. The glia cells recognize this as a problem and they attempt to remove it; but in the process they release inflammatory kinins. Neuroinflammation sets in and further cell death takes place. In other words, the initial attempt to eradicate the beta-amyloid peptides is causing inflammation in the brain, which accelerates the degenerative process of Alzheimer’s disease.

Both the team of Dr. Michael Heneka and of Dr. Caterina Scuderi concluded that a shift in treatment approach is necessary. Modifying the glial cell inflammation will be the solution for a new, more effective Alzheimer’s disease treatment. 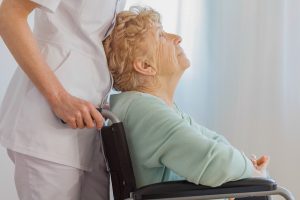