A new cancer screening test will be tested in the UK starting in mid 2021. The test has been developed in California by the Grail company. The planned clinical cancer screening test has the name Galleri blood test. Presently, this test is not generally available yet. The clinical trial will last 3 years, so expect the results to be available only in mid to end 2024. The English researchers are hoping to recruit 165,000 patients for this pilot study in 2021. The researchers assume that they can recruit 140,000 patients aged 50-79 years that have no symptoms of cancer. They will receive the Galleri blood test yearly for three consecutive years. In addition, they will recruit another 25,000 patients with cancer symptoms who will receive a specific cancer diagnosis with the help of the Galleri blood test.

Why is a sensitive cancer test necessary?

Two cancers, in particular, are very difficult to diagnose early: cancer of the ovary and pancreatic cancer. When the doctor diagnoses these cancers finally clinically, they are often inoperable and have already spread metastases. These patients have a short clinical survival rate. In a pilot study with 6,689 patients and 50 different cancer types the Galleri blood test showed encouraging results. With an earlier stage diagnosis of ovarian cancer, the gynecologist can remove cancerous cysts with a relatively simple surgical procedure (laparoscopy). The physician can treat more advanced stages of ovarian cancer, but still in stage 2, with a hysterectomy and ovariectomy.

Currently doctors diagnose 50% of cancers in an early stage, stage 1 or 2. The NHS plans to increase early cancer diagnoses to 75% by the year 2028. The healthcare company Grail said in a press release: “adding Galleri to existing standard of care has the potential to decrease the number of cancers diagnosed at late stage by nearly half, which could reduce the total number of cancer deaths in the UK by approximately one-fifth.” A 20% reduction of cancer mortality is very significant saving millions of peoples’ lives.

Around 2014 a cancer screening test came out of the human genome project. It was called the Oncoblot test (scroll down to “background”). It screened for 25 cancers. And it was screening for the ENOX2 protein from cancer cells. Apparently, this is a fetal protein normally expressed only during fetal life, but in adults it only gets expressed when cells turn cancerous. It was a 1000.00 USD test (in the US) that health plans did not cover. The screening could detect more than 25 different common cancers 6 to 8 years before they became clinically manifest. Suddenly around 2017 the Oncoblot test was no longer available. I could not find out the reason for this. Was the test producing too many false positives or false negatives? This would have made this cancer screening test unreliable. Apparently, researchers of the Oncoblot test company are attempting to refine the test further.

My own experience with cancer screening

Nevertheless, I had the Oncoblot test done in January of 2016 and to my surprise it came back positive for prostate cancer.   This was about 4 months before my PSA test became positive. In July 2016 a 3-dimensional prostate biopsy confirmed moderately aggressive prostate cancer. In August 2016 Dr. Onik from Ft. Lauderdale performed ablation cryotherapy for me. A repeat Oncoblot test a few months later showed that there was no longer any trace of cancer. Since then, my post-operative follow-up PSA tests every three months are negative for any recurrence. 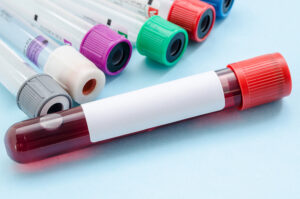 Medical researchers tried to develop early cancer screening tests for some time. The Oncoblot test was only on the market for 3 years, when it disappeared in 2017. Scientific sources in Great Britain recently announced a large clinical trial. This is regarding an early cancer screening test developed in California by the Grail company. The test has the name Galleri blood test. It can detect about 50 different cancers. Officials in Great Britain hope to reduce cancer mortality by 20%, a significant saving of millions of lives. Unfortunately, the results of the clinical trials will only available mid to end 2024.

This is very positive news. Early cancer screening tests can detect cancer at much earlier stages, when it has not yet metastasized. This improves survival from cancer directly, as surgery can cure early cancer, which leads to a much better prognosis of the disease.