With drug resistant bacterial strains around, it is important that researchers developed a new antibiotic against urinary tract infections. The clinical trials regarding gepotidacin, the name of the new antibiotic, have been largely completed. The FDA will review the data in early 2023. The best evidence that this antibiotic is effective comes from urinary tract infections. Here is a review about this application.

However, other studies are reviewing other areas of potential treatments. Venereal disease treatment like gonorrhea may become an important application for resistant strains. Respiratory infections like pneumonia may become another application. The drug company GSK developed gepotidacin in partnership with the US government to combat bacterial resistance.

Antibiotic resistance is a serious problem around the globe. The WHO monitors the problem of antibiotic resistance and stated that there is not enough development of effective new antibiotics to overcome resistance. Presently about 1 million people die each year from resistant bacteria. Gepotidacin blocks enzymes, which bacteria need to unzip their DNA. The bacterial DNA is like their operating instructions that help the bacteria to multiply in the body.

Urinary tract infections (UTIs) are common, particularly for women where the urethra is a lot shorter than in men. About 1 in 8 women each year get a urinary tract infection. In the age group above 65 the frequency of UTIs is 1 in 5 women. Somewhere between 30% to 44% of UTIs are recurrent, meaning they can come back after treatment. Symptoms of a UTI are frequent urination, burning, blood in the urine, lower stomach cramps etc.

Clinical trials with 3000 women who had UTIs showed that gepotidacin treated all symptoms successfully. The antibiotic also cleared the bacteria that were initially present. The study compared the effect of nitrofurantoin, which is the present-day first line therapy, to gepotidacin. Both were equally effective.

Gepotidacin is a new type of antibiotic with a different mechanism of action. It blocks enzymes, which bacteria need to unzip their DNA. The bacterial DNA is like their operating instructions that help the bacteria to multiply in the body. This makes this new antibiotic ideal for resistant bacteria as the resistance is due to another mechanism of action. The drug industry likely will develop future antibiotics of this type, which also will be active against resistant bacteria. 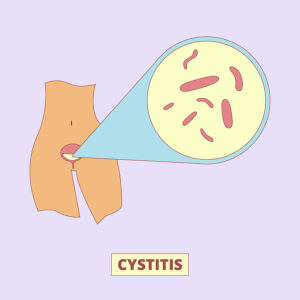 Gepotidacin is a new type of antibiotic with a different mechanism of action. It is active against resistant strains of bacteria. The application for this drug will initially be for urinary tract infections (UTIs). However, other applications for sexually transmitted diseases (resistant gonococcus) and for respiratory infections will likely follow. It is anticipated that the FDA will approve this new antibiotic in 2023 for UTIs.