Side effects of Spravato

It is important to realize that you cannot take the medication, if you have liver damage, high blood pressure, heart failure, a heart attack or a stroke. In addition, treatment is restricted to certified treatment centers because of the possible side effects of sedation and dissociation.

The major ones are dissociation, increased blood pressure, drowsiness and dizziness, not to mention feelings of anxiety, nausea or vomiting. The link about side effects lists even more.

Why is Spravato necessary?

As a matter of fact, when the psychiatrist treats severe depression with an antidepressant, only 60 to 70% of cases will respond to the medication. This leaves a lot of people with intractable depression, which is usually treated with electroconvulsive therapy.

Even with this treatment modality intractable depression is difficult to treat.

It is in this scenario that the FDA approved Spravato. Spravato is a ketamine, which is a powerful anesthetic that has been abused as an illegal street drug under the name “Special K”. Spravato also has addictive potential and for this reason Janssen, the drug manufacturer is marketing it carefully. The cost of the drug is about $590 to $885 per treatment session, which is quite pricey.

How does the patient administer the nasal spray to amplify antidepressants?

The patient can receive treatment with Spravato only in special health care centers. Patients take their own nasal spray under supervision, but the staff then locks the medication up until the patient returns a week later for further treatment. After the application the treated patient has to stay around for two hours during which time physicians closely monitor for side effects like nausea, vomiting, severe drowsiness, or dissociation (including out-of-body sensations). The patient requires somebody to drive him/her home and can only drive his own car after a good overnight sleep. The patient takes Spravato initially twice per week, later every 1 to 2 weeks depending on doctor’s orders.

There will be a boxed warning on the drug label saying that there can be “sedation, and difficulty with attention, judgment and thinking (dissociation), abuse and misuse, and suicidal thoughts and behaviors after administration of the drug”. 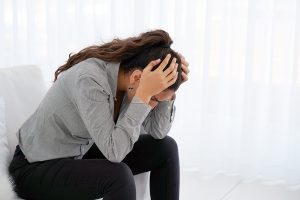 For treatment of resistant depression the FDA has released a new antidepressant, called Spravato. Medical personnel supervise how the patient administers the nasal drops at a special treatment centre. Spravato is a ketamine and is related to the powerful anesthetic that has been abused as an illegal street drug under the name “Special K”. This is why the treatment is not available by a simple prescription. Treatment with Spravato happens only at certified treatment centers. Clinical staff closely watches for side effects that can be serious. Conventional antidepressants help only about 60% to 70% of cases of depression. Janssen developed Spravato for cases of treatment-resistant depression. Treatment-resistant depression has a high suicide rate, but Spravato can bring fast relief. Apart from side effects there is another downside, a high price tag of $590 to $885 per treatment session.