MS May Be Caused By Head Trauma

Medical News Today reported that MS may be caused by head trauma in adolescence. This article comes from the results of a research paper from Sweden and provides the base of these findings, with professor S. Montgomery as the senior author.

Dr. Montgomery commented on these findings: “Head trauma in adolescence, particularly repeated head trauma, is shows a connection with a raised risk of future multiple sclerosis. This is possibly due to initiation of an autoimmune process in the central nervous system.”

These findings are significant, especially in view of the fact that recently head concussions at a younger age have shown an association with dementia later in life.

Parents should assess what type of sports activities they should allow their children to participate in. Due to the inherent risk football and rugby should not be on top of that list. 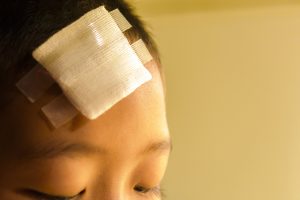 MS Can Have Its Cause In Head Trauma

First we heard that closed head trauma could be the cause of dementia (brain concussions). Now we are learning thatMS may be caused by head trauma in adolescence also. Closed head trauma in adolescence can cause not only dementia, but also multiple sclerosis (MS) in adult life. Dr. Montgomery, the head researcher of this Swedish study, thinks that a head concussion initiates an autoimmune process in the brain that eventually could lead to MS. We need to re-think how our adolescents grow up and what sports activities they should engage in. Although an active life style is healthy, sports activities that lead to closed head trauma are not on the desirable list.