A new study presented at an American Cancer Research Conference in New Orleans has shown that melanoma survival improved with the immunomodulator Opdivo®.

After 5 years of treatment with Opdivo® 34% of patients were alive, while only 16% of melanoma patients receiving conventional treatment were alive after the same time. The treating oncologists said that patients who were on the immune oncology drug Opdivo® for 4 years had stabilization of their melanoma. Due to treating the patients with Opdivo® their immune system had either eradicated the melanoma cells or had controlled their tumor growth.

Opdivo® belongs into the group of immune checkpoint inhibitors. These special proteins suppress the immune response to the melanoma. The end result is that the T immune cells cannot kill the cancer cells.

Opdivo® inhibits the immune checkpoint proteins, which releases the “brakes” from the immune system. It seems like now T cells can do their job of attacking the melanoma cells. In other words, the melanoma survival improved with the immunomodulator Opdivo®.

Checkpoint inhibitors have been used to treat other cancer types in the past. But it seems like they are particularly suitable for treating melanoma patients.

Finally, with pembrolizumab (Keytruda®) long-term survival is prolonged by 4 years. 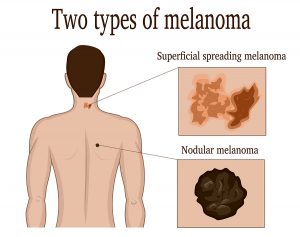 The inhibition of immune checkpoint proteins is a new form of immunomodulation to treat patients with melanoma. As a result the immunomodulator Opdivo® was researched on end-stage melanoma patients. After 5 years 34% of patients treated with this drug were alive. But long-term survival appears to be even more favorable when earlier stage melanoma patients are treated with this drug. Medical research has struck a new benchmark by interfering with checkpoint inhibitors.