Male Homosexuality Has A Link To A Protein Antibody

A joint Canadian/ US study found that male homosexuality has a link to a protein antibody. The release of the study was quite recent  in October, 2017.

Researchers have known for some time that a “fraternal birth order” exists that makes it more likely for a younger brother to develop homosexual tendencies. This study sheds light on a reason why homosexuality seems to be more common in the youngest of several brothers.

Male homosexuality has a link to a protein antibody: discussion by authors

Antibody titers in mothers who had homosexual sons showed the following distribution. The highest antibody titers are obvious in group 4; group number 1 was lowest. 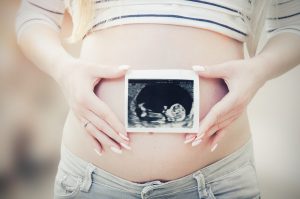 Male Homosexuality Has A Link To A Protein Antibody

A Canadian/US team has studied why younger brothers in a family are more prone to become homosexual. They were able to pinpoint this to an antibody against a specific male maturation protein. Women can develop a sensitivity against this protein when it circulates in the mother’s blood. This triggers antibody formation. Antibodies can cross the blood/brain barrier of the fetus.

When antibodies bind to the male protein in the brain of the fetus, it inhibits the normal brain maturation process. The more this happens, the more likely that the offspring will turn homosexual.

At this point we do not know all the answers: other factors may play a role as well in the development of these antibodies. Research will find it of interest to study the possibility of developing a vaccine to prevent the formation of antibodies against the male protein. This is only a beginning, and a lot more research is necessary.