Magnesium helps diabetics and those who are at risk of getting diabetes to lower their blood sugars. This is what a European meta-analysis revealed.

The researchers of this publication in the European Journal of Clinical Nutrition analyzed 12 randomized controlled trials with 670 diabetics. They followed them for 12 weeks. They also followed another 453 patients who were at high risk of getting diabetes for 14 weeks.

A link  between plasma glucose levels and magnesium supplementation was found for the diabetics who received magnesium.

Those who were  pre-diabetic received a 2-hour glucose tolerance test before and after the 14-week trial. They had considerable improvements in their blood sugar values after the 14-week course of magnesium supplementation. Magnesium helps diabetics.

The Jackson Heart Study cohort of 2015 consisted of 5301 patients. The researchers followed 4916 African-Americans during 2000 to 2004 in Jackson (Mississippi). They followed them with food questionnaires that included magnesium supplements. 21.6% of these patients had type 2 diabetes. 62.7% had high blood pressure, 7.1% of them had heart disease, and 2.8% had known heart failure.

Let’s assume that you weigh 70 kg (=154 pounds). You take a 250 mg of magnesium supplement twice a day. You can calculate your magnesium intake/kg from that (2×250=500:70= 7.14 mg/kg). The second publication stated that anything ≥4.227 mg of magnesium intake/kg was high supplementation. This means that you would have only a risk of 47%  for going to hospital because of  heart failure. But keep in mind that we transposed you into the middle of this study as part of an African-American population with serious diseases like diabetes, high blood pressure and heart disease. Many of you probably do not fit this high risk pattern. As a result your percentage of preventing hospitalization from magnesium supplementation would be much higher than 53%. 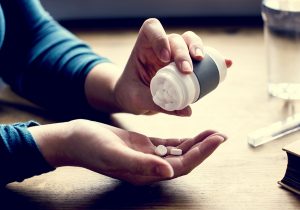 Magnesium helps diabetics and in addition also helps heart patients. The first study discussed -the European study- was a meta analysis. It showed that due to magnesium supplementation diabetes can improve, and magnesium supplementation can also prevent the pre-diabetic patients from developing diabetes. However, it lacked on specifics as to how much of an effect that was.

The second study (Jackson Heart Study cohort) provided specific numbers. In a group of sick patients magnesium supplementation had a 34% to 53% prevention effect depending on the amount of magnesium taken. The endpoint measured were hospital admissions for heart failure.

In conclusion, prevention is more powerful than attempting to heal later. First of all, start with a sensible diet (Mediterranean diet); furthermore exercise, keep your weight in normal limits (not overweight, not obese). And finally take magnesium supplements. I expect you to do well!