A 2017 study describes a lower mortality from additional omega-3 fatty acid supplementation. 6501 women from the Women’s Health Initiative Memory Study were part of a study starting in 1997.

The study continued till August 2014. It involved the examination of red blood cell omega-3 fatty acid levels. This included first of all the omega-3 fatty acid, eicosapentaenoic acid (EPA); in addition it also involved docosahexaenoic acid (DHA). At the time of enrolment the sum of EPA and DHA, called the Omega-3 Index was determined.

The study by William Harris and co-authors identified the top 25% of subjects with omega-3 levels. Their mortality rates were the lowest. Next researchers compared these findings to the mortality of subjects with the lowest 25% of omega-3 fatty acid levels. Women in this category had the highest mortality rates from all causes. As a result Dr. Harris said it would take an intake of about 1 gram of EPA and DHA daily to move from the lowest level to the highest level of omega-3 fatty acids. Hence it would take about 1 to 3 soft gels of omega-3 supplements depending on the strength to achieve that.

Dr. Harris, DG Amen and other co-authors published another 2017 study, where they investigated the relationship of brain perfusion to the blood level of omega-3 fatty acids.

They utilized Dr. Daniel Amen’s technique of SPECT brain imaging in this study. It showed the researchers details of brain perfusion. 166 study participants underwent SPECT tests, omega-3 blood levels and a neurocognitive tests. The latter test involved the use of the WebNeuro test, a computerized testing tool that quantitates feelings. Researchers looked at the omega-3 blood levels of the top half or the bottom half categories. As  result they could see a clear correlation between higher-level omega-3 blood levels and brain perfusion. With more 0mega-3 the perfusion was higher in the three specific regions (right para hippocampal gyrus, the right precuneus sub region and the vermis sub region 6). In conclusion, using the WebNeuro test high omega-3 blood tests correlated directly with better perfusion of the feeling subsection. As a result the authors concluded that higher omega-3 blood levels contributed to the cognitive reserve of the brain. 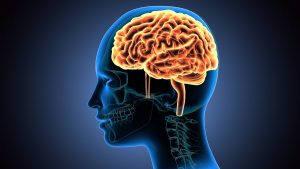 I have reviewed two studies that show positive effects from omega-3 supplementation. The first study came from the Women’s Health Initiative Memory Study involving 6501 women. It showed clearly that mortality rates from all causes were much lower in the high omega-3 supplementation group. Therefore it is important to take omega-3 fatty acid supplements every day.

The second study revealed that omega-3 fatty acids improved brain perfusion. It also correlated with the area in the brain involved in perceiving feelings. The more omega-3 blood levels you have, the more activity there is on a SPECT scan in the thinking and feeling areas of the brain. The authors of the second study concluded that higher omega-3 blood levels contribute to the cognitive reserve of the brain. Hence it is clear from all these results that omega-3 fatty acids are one of the most effective supplements to preserve our brain health.