Live Longer With A Purpose In Life

Have you ever thought that your thoughts would matter? We may have noticed that some people who are always negative seem to attract more negatives and have difficulty coping. We also know that people who are inherently positive about life tend to get through trying situations with less difficulty. 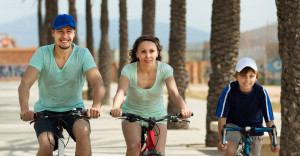 Live Longer With A Purpose In Life

Here is a US study that focused on peoples’ attitudes and life circumstances. Patrick L. Hill (Carleton University, Ottawa, Canada) and Nicholas A. Turiano (University of Rochester Medical Center, Rochester, New York) examined data from over 6000 men and women aged 20 to 75 over a period of 14 years. At the end they found that 9% of the sample population had died. When they analyzed the psychological profiles of this group versus the rest of the group (the survivors) they found that they were largely the ones who had a very negative outlook on life. They had a lower purpose in life and they were the ones who had fewer personal relationships. It also did not matter whether they were young, middle-aged or older. The only thing that mattered was whether there was a greater purpose in their lives.

Interestingly it also did not matter whether they were employed or recently retired.

What did matter when the questionnaires were analyzed were indicators of psychological well-being, things like having positive relations and positive emotions.

The authors are now investigating whether the positive mind set would be associated with healthier lifestyle habits that may be responsible for the longevity.

More information is available at Manage Stress And Relaxation