Research has shown that a new light-activated drug may treat Parkinson’s disease.  At least research has found it to be successful in mice. Now trials will show whether this is also the case in humans. The investigative drug MRS7145  is able to block a protein, called the “adenosine A2A receptor”. This is crucial for nerve cells in Parkinson’s patients to produce enough dopamine that the patients can function normally again. Take away dopamine, and the patients will experience muscle stiffness, tremors, problems with balance and coordination. But with stimulation of dopamine-producing nerve cells these symptoms disappear.

Activation of the substantia nigra by light

There is another experimental drug, SCH442416, which research tested in mice. It is a selective blocker of the adenosine A2A receptor. MRS7145 is a light-sensitive derivative of SCH442416. As the A2A receptor is diffusely distributed throughout the brain, the use of photosensitivity is an asset. Specific light activation can make the brain response very specific. When light with a defined wavelength is directed into that area, only the receptors in the substantia nigra area receive stimulation. The researchers showed that only light in the wavelength of 405 nanometers activated the investigative drug SCH442416 to inhibit A2A receptors, while other light does not.

They also implanted optic fibers into the striatum, a part of the brain. When they used the appropriate wavelength of light, the mice that had Parkinson’s disease symptoms lost their muscle rigidity and tremor. Dr. Francisco Ciruela, from the Institute of Neurosciences at the University of Barcelona in Spain is a co-corresponding author. He cautioned that it is still a bit early to comment on the effect of this system in man. However, he does envisage that with a fiberoptic brain implant treatment of Parkinson’s disease will see improvement in the future. There should be less side effects and dosing will be easier. 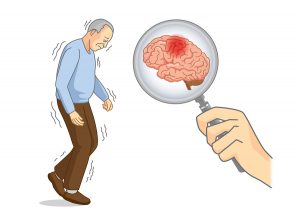 A new drug type that is activated by a wavelength of 405 nanometers can specifically deliver dopamine to nerve cells that are in need of this substance. Parkinson’s disease is one of the diseases that would benefit from this technology. Experiments in a mouse model have shown encouraging results. Researchers are ready to start clinical trials. But Dr. Francisco Ciruela who is a corresponding author cautioned that it maybe too early to speculate how well exactly this system will work in humans. Yet he is optimistic that it will yield results.