Lactic acid and cancer have a connection, a recent study has shown that. Lactic acid is key for developing cancer. The Nobel Prize winner Otto Heinrich Warburg discovered 90 years ago that a change of glucose metabolism in the cancer cell is vital for cancer cells survival. Lactic acid is the end product of anaerobic glycolysis. Lactic acid is the new buzzword among cancer researchers to find a cancer cure. Dr. Inigo San-Milan and George A. Brooks have published a paper describing the importance of lactic acid formation in the initiation of cancer.

Effect of exercise on lactic acid and cancer

Exercise prevents cancer significantly as several other studies showed. The National Cancer Institute reports about a metaanalysis of 52 epidemiological studies. It found a group of people who were exercising regularly and had a 24% lower risk of getting colon cancer compared to a control group that was sessile. Similarly, 31 prospective studies regarding breast cancer found a 12% reduction of breast cancer in those women who exercised regularly versus those who did not. And a metaanalysis of 33 studies of uterine cancer showed that exercise reduced the incidence of uterine cancer by 20%. It appears that exercise increases the enzymes that break down lactic acid. Lactic acid and cancer are linked. As a result these studies make it clear that it is more difficult for cancer to develop in those who exercise regularly.

Lactic acid production by cancer cells is what promotes cancer growth as another earlier publication pointed out. In addition it also pointed to lactic acid being important with regard to angiogenesis (formation of new blood vessels) in metastases. 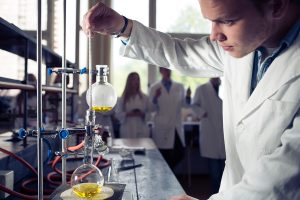 Modern cancer research is revisiting Dr. Warburg’s findings. He was the one who found a difference in metabolism between normal cells and cancer cells more than 90 years ago. Cancer cells use anaerobic glycolysis for energy production, while normal cells use aerobic respiration. The end product of anaerobic glycolysis is lactic acid. Inhibiting lactic acid formation by MCT1 inhibitors is the goal of today’s researchers as explained. This new approach will likely enable physicians to treat cancer by changing the cancer cell metabolism rather than using toxic drugs in a futile attempt to kill cancer cells. The latter often kills the patient as a “side effect”, while the former is a less damaging approach. Cancer still remains a challenging illness, but discoveries like this one can make a difference in the near future.