In this article I am discussing that insufficient vitamin D3 is linked to pancreatic cancer. Studies have shown that with higher latitude there is a decreased blood level of vitamin D3, which is associated with a much higher rate of pancreatic cancer. A group of researchers under Cedric F. Garland from the University of California San Diego used 2008 data from 107 countries and determined a cloud-adjusted ultraviolet B (UVB) exposure and related this to the incidence of pancreatic cancer. Residents in countries with low UVB exposure had cancer of the pancreas rates that were six times greater in comparison to countries with high UVB exposure rates. Researchers made adjustments for other risk factors like smoking, obesity and alcohol consumption.

But the better way to proceed is to start supplementing with 4000 IU of vitamin D3, then measure the 25-hydroxy level of vitamin D in the blood and adjust the dose up or down. If the level is low, you need to increase the dose; if the level is high, a lower dose has to be taken. In the population people are different: there are poor absorbers and good absorbers of vitamin D3. The optimal level of vitamin D3 in the blood is 50 to 80 ng/mL of 25 hydroxy vitamin D as measured in the US, which translates to 125 to 200 nmol/L measured in metric units in other countries. LifeExtension recommends as optimal range 50-80 ng/mL (Ref. 1).

Researchers showed in other studies that vitamin D3 has a beneficial broad-spectrum effect against the development of many cancers. It is one of the supplements that many physicians consider essential for health and longevity. 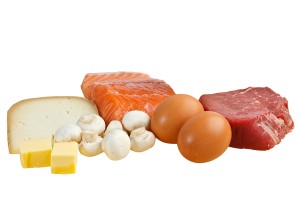 Ref. 1. LifeExtension: “Disease Prevention and Treatment”, 5th edition, published 2013 by LE Publication Inc. in the US.