How Aging And Cancer Relate

New research has investigated how aging and cancer relate. As we age, we are more prone to getting cancer. Researchers from the University of Liverpool looked at the genetic signatures of 9 human tissues to delve into this question further.

The Liverpool researchers showed with the help of a large amount of genetic data that the genetic signature of aging tissue is vastly different from cancer tissue.

Some findings from the Liverpool researchers

Here are some of the observations:

What happens when cancer develops?

When we age, our genes change. The aging process affects  the genes that regulate the cell cycle and the immune system most. This means that the cells are dividing slower than previously, and the immune system function is slowing down. On the other hand, the genes involved in the cancer data set showed increased cell division and proliferation. Cancer also has an association with inflammation. Inflammation is an immune system phenomenon. A slowed down immune system from aging has a harder time to fight cancer. Cancer develops from mutated genes, which lead to accelerated cell proliferation. S a result we have two phenomena that develop parallel. On the one hand there are aging cells that are hindering the development of cancer. On the other hand there are increasing DNA mutations that cause cancer and lead to increased cell proliferation. The original study was published here.

Prof. João Pedro de Magalhães, the leader of the research group from the University of Liverpool, said: “You have these two opposite forces:mutations driving cancer and tissue degeneration hindering it.” 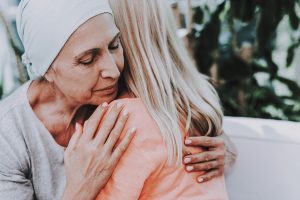 How Aging And Cancer Relate

It has been an unresolved problem why more cancer occurs, as we get older. A Liverpool research group examined genes in 9 human tissues in an attempt to get an answer to this question, what causes cancer as we age. They found that aging tissue enters cell senescence, but does not cause cancer. However, they also found that DNA mutations occur independently from this. In the past a functioning immune system removed these mutations. But as we age, the immune system slows down, allowing mutated cancer cells to multiply and eventually turn into cancer. This is why ultimately more cancer is developing in old age.