A study in JAMA Oncology dated May 19, 2016 reported that a healthy lifestyle prevents cancer. Two health studies were pooled, the Nurses’ Health Study and the Health Professionals Follow-up Study. This included 89,571 Caucasian women and 46,399 Caucasian men. These were divided into those who followed a healthy lifestyle.  The rest were considered to follow an unhealthy lifestyle.

Criteria for a healthy lifestyle were:

After this stratification there was a low-risk group, which contained 21% of all participants (12% women and 9% men). The remaining 79% were classified as high risk (54% women and 25% men).

Let’s say you remove the lifestyle risks from the bulleted list above. You would reduce the particular cancer by the percentage indicated in this table. Lung cancer is one that is extremely dependent on healthy lifestyle, pancreas cancer is less so.

In conclusion, in this US white population study about 20% to 40% of cancer cases could have been prevented. Because you modify your lifestyle, you prevent cancer. In addition changing lifestyles could also have prevented approximately 50% of all cancer deaths. The researchers related these results to the white US population at large. They found that these figures increased to 40% to 70% of cancer cases that could have been prevented. The reason is that these studies were done among health professionals. This is a slightly healthier subpopulation, even in the control group compared to the US population at large. 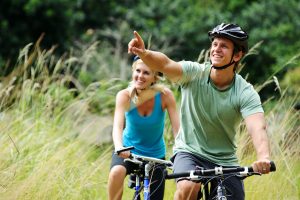 This was a Caucasian study that did not include Hispanics or African Americans. But it clearly shows that a healthy lifestyle can prevent cancer. The researchers felt that the findings likely would translate into the whole US population. However, such studies would have to be conducted in order to prove this.

In the meantime I suggest you watch your weight keeping the BMI below 27.5. Don’t smoke, because your lungs do better without it. Stay away from alcohol or if you must drink, keep your  consumptions at or below these limits. 1 drink for women and two drinks for men per day. Finally, don’t forget to exercise regularly. It will keep you healthy. Not only in terms of preventing cancer, but also in terms of preserving your cardiovascular health.