The percentage of death reduction due to glucosamine supplementation was computed according to the type of organ systems involved. Physicians obtained these results by comparing mortality of those who took glucosamine versus those who did not take it.

How glucosamine supplementation can reduce mortality

Normal dose of glucosamine and side effects

The normal dosage for osteoarthritis is 500 mg three times daily, 750 mg twice daily or 1,500 mg once daily. Side effects are listed in the WebMD link above, but it is usually well tolerated. Occasionally someone complains about nausea, gastrointestinal upsets and diarrhea. People on blood thinners should consult with their physician before taking glucosamine sulfate. 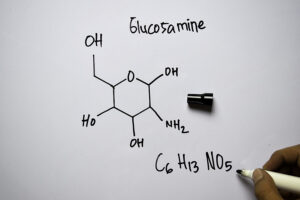