In the summer of 2021 an exotic infectious disease from an aromatherapy room spray caused the deaths of two people. The CDC epidemiologist Dr. Jennifer McQuiston, who helped lead the investigation ordered hundreds of tests of home products to identify where the contamination of rare bacteria came from. It caused shortness of breath, cough, weakness, fatigue and nausea. Physicians who examined the sick patients diagnosed them with melioidosis, an infection with the bacterium Burkholderia pseudomallei.

Very sensitive lab methods (PCR tests) got the blueprint of this bacterium. The PCR test (polymerase chain reaction) is the same technology that identifies whether a person has Covid-19 or not. This technology helped to link three cases in different states, namely Kansas, Minnesota and Texas. But despite extensive tests of household items investigators could not identify the “smoking gun”, from where the bacteria originated.

But Dr. McQuiston ordered another round of tests of household items. The same bacterium with the identical genetic code as in the patients was present in aromatherapy room spray. The full name of the spray was “Better Homes & Gardens Lavender & Chamomile Essential Oil Infused Aromatherapy Room Spray with Gemstones.” All three cases who developed melioidosis used this room spray. Analysis of the contents of the sprays showed the same genetic bacterial code as from the patients. The researchers found the “smoking gun”. The aromatherapy room spray contained tiny gemstones, which derived from rocks that often contain these bacteria. The product came from India. Normally the content of this spray is sterile. But in this case there was contamination with the bacterium Burkholderia pseudomallei. This bacterium can grow easier when tiny gemstones are present. An exotic infectious disease from an aromatherapy room spray in temperate climate is highly unusual.

Recall of product by Walmart

Walmart sold the aromatherapy room spray. When researchers proved a link between the room spray and the sick patients, Walmart immediately recalled the product. There were no more new cases. But Dr. McQuiston is still thinking about why the rare bacteria grew in the room spray. She said: “Rocks are collected from the environment and there’s bacteria in the environment, so if the rocks weren’t sterilized before they went in, that’s a possibility,” McQuiston said. “The other thing is the possibility that another component was contaminated and the rocks made a little micro-environment in that bottle for the bacteria to grow in. So, the significance of the rocks we don’t really know yet, but having rocks in a fragrance bottle is definitely unusual. So that’s something I think we’re interested in looking at.” 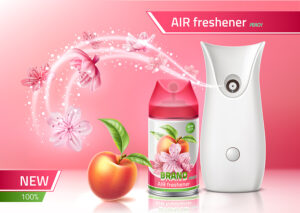 In the summer of 2021 when most people worried about the Covid-19 pandemic the CDC was busy investigating unexpected deaths. It turned out that the aromatherapy room spray from Walmart harboured the bacterium Burkholderia pseudomallei. Sensitive PCR tests (polymerase chain reaction) succeeded in connecting the dots between contaminated room spray bottles and the patients who died from an infectious disease. Walmart quickly recalled this product, and no new cases have come up since. It shows how effective an investigation by the CDC can be. At the same time the investigators were very lucky that they succeeded in their search. It was only during a second investigation of home products that the researchers found the smoking gun in form of the bacterial contamination.