Recently a cardiology team from India found that early graying and baldness predict heart disease. These two risk factors are on top of the conventional risk factors. The ones that are known already are high cholesterol, obesity, smoking, high blood pressure and physical inactivity.

790 young Indian men aged less than 40 were at the core of the study that correlated heart disease with early graying and early balding. The study also included 270 age-matched controls. All subjects of the study underwent EKG’s done, echocardiograms, blood tests and coronary arteriograms. Researchers quantified male pattern baldness, and a scale determined the degree of graying. Research decided on 5 graying categories. No.1 was pure black, no. 5 pure white. Category 2 was black greater than white, category 3 was when black equaled white. In category 4 white was greater than black.

Obesity showed a risk increase of 4.1-fold compared to non-obese controls. All the other predictors of coronary artery disease were lower than male-pattern baldness and prematurely graying hair in men younger than age 40. The other risk factors were diabetes, high blood pressure, and family history of premature coronary artery disease, lipid abnormality or smoking. 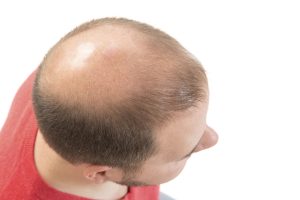 In comparison, obesity only had a risk of 4.1-fold compared to non-obese controls. All the other established risk factors for developing coronary artery disease are much smaller than the ones discussed.

Cardiologists found the new risk factors for coronary artery disease interesting. They commented that these high-risk people would need closer monitoring to minimize the risk of developing heart disease.