Less Deaths With An Anti-Inflammatory Diet

A Swedish and Polish study showed that there were less deaths with an anti-inflammatory diet. The researchers followed 68,273 Swedish men and women (age 45 to 83 years) for 16 years. The participants in the study were told to eat an anti-inflammatory diet. This consisted of fruits, vegetables, tea or coffee. It also included cereals, whole grain bread, low fat cheese, olive oil, nuts, canola oil and chocolate. Moderate amounts of red wine and beer were also part of it. Inflammatory foods like unprocessed red meat and processed red meat, organ meats, soft drinks and chips were off limits.

After 16 years the group who adhered most to the anti-inflammatory guidelines had the following results.

Dr. Joanna Kaluza, an associate professor at the Warsaw University of Life Sciences, in Poland was the lead investigator.

Discussion regarding less deaths with an anti- inflammatory diet

A similar study, the Adventist Health Study-2, followed 81,337 men and women for 9.4 years. The risk for cardiovascular mortality regarding meat protein consumption was 1.61-fold. The cardiovascular risk for the nuts and seeds protein consumption group was 0.60. This means that the meat-consumers had a 61% higher heart attack and stroke rate. In comparison, the group that consumed nuts and seeds had 40% less heart attacks and strokes than people on a regular diet. Another study pointed out that a Mediterranean diet can prevent the mental decline of Alzheimer’s disease. 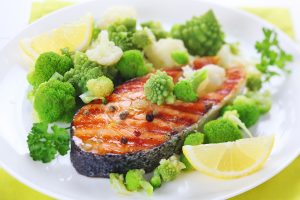 Less Deaths With An Anti-Inflammatory Diet

The list of inflammatory foods consists of high sodium, highly processed meats, sugar-sweetened beverages, unprocessed or processed red meats, chips and soda drinks. These showed a high association with a higher mortality. In contrast an anti-inflammatory diet similar to the Mediterranean diet prolongs life. This is in keeping what other studies have found. Eating more vegetables and fruit and cutting out or reducing red meat and processed meats is not a big sacrifice. It ill ensure that you are healthier, have less risk of heart attacks or strokes and even prevent some cancers. Why not give it a try?