Cytokine IL-4 May be Responsible for Blindness

Research showed that cytokine IL-4 may be responsible for blindness in older patients. IL-4 stands for interleukin-4, which is also one of the cytokines taking part in a normal immune response.

The vitreous aqueous fluid in the eye is the fluid between the back of the cornea and the lens of the eye. Investigators from the Tottori University in Japan took fluid samples of aqueous fluid from patients that were tested for age-related macular degeneration (AMD). Controls were aqueous fluid samples from cataract surgery patients.

The end stage of AMD is called “wet AMD”, because secretions are deposited in the area of highest visual perception, which has the name macula. As this process deteriorates blindness can ensue. This is a central blindness as shown in the image. The patient with AMD is trying to admire a poppy field, but the center is blocked by the permanent visual defect.  There were 234 people aged 74 years with wet AMD that were examined. 104 older patients aged 75 on average with cataracts served as controls. The researchers removed small samples of aqueous fluid from the eyes of both groups and they determined IL-4 content. The surprising finding was as follows. The wet AMD patients had 3-fold higher amounts of IL-4 in the aqueous fluid of the eyes than the control cataract patients.

The authors used a mouse experiments to study this further. Mice with a condition that is similar to human age-related macular degeneration had increased IL-4 as well. The researchers wanted to test whether IL-4 was protective or harmful to the eye condition. They injected IL-4 into the blood circulation of the mice. This increased the damaging growth of blood vessels in their eyes. Subsequently they injected antibodies against IL-4, which blocked the growth of new blood vessels in their eyes.

The researchers observed retinal cell cultures from mice in the presence of IL-4 and in the absence of IL-4. Bone marrow cells were also present that could provide the precursor cells for blood vessel growth. When IL-4 was missing in tissue culture no new blood vessels were growing. This was a surprise finding. The authors noted that normally IL-4 reduces inflammation. However, in these experiments and in humans with wet AMD it was clear that IL-4 is aggravating the condition. 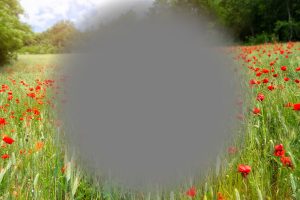 Cytokine IL-4 May be Responsible for Blindness

A Japanese research group found that a cytokine, IL-4 (interleukin 4) seems to be responsible for new blood vessel formations in patients with age-related macular degeneration (AMD). This is the process that typically leads to blindness in older patients. The group found IL-4 in the vitreous aqueous fluid of AMD patients, but not in a control group with cataracts. The researchers said that another group of researchers need to confirm their findings first. This paves the way to finding a new treatment modality to treat AMD. In mice antibodies against IL-4 worked. This is an option in humans as well. Another solution is to develop antibodies against the IL-4 receptors. There is hope that someday in the future a new treatment modality will prevent blindness from old age.