The Journal of the American College of Nutrition describes a trial, which showed that CoQ-10 helps diabetics. 50 study participants had kidney damage due to diabetes (diabetic nephropathy). They received help significantly with regard to their kidney function with only 100 mg of CoQ-10 per day.

Here are the details about the randomized double-blind placebo-controlled clinical trial.

Other publications regarding the benefit of CoQ-10 protecting your heart 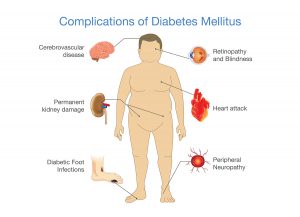 The main publication that I reviewed here deals with the power of CoQ-10 to reverse kidney damage from diabetes. I also included other evidence that CoQ-10 is an important supplement to prevent heart disease. In addition CoQ-10 helps patients who had heart attacks to survive better with CoQ-10 than without it. CoQ-10 improves the energy metabolism in the mitochondria. The heart has a lot of mitochondria in each muscle cell. Improvements in energy metabolism translate into improved cell function and make the heart pump more efficiently.

Instead of waiting until you turn sick and only then starting CoQ-10 at that time, it is much wiser to start CoQ-10 early and prevent to a large extent heart troubles. Using this thinking I have been taking CoQ-10 daily for many years.