Circumcision May have Long-term Emotional Consequences

A new study from Nov. 26, 2020 showed that circumcision may have long-term emotional consequences on adult socio-affective processing. The study involved 619 American adult men, 408 circumcised and 211 still in their natural state.

All of the males underwent extensive psychological questionnaires. There were significant differences among the two groups.

The original study showed that the uncircumcised males displayed no psychological abnormalities. But the males who underwent circumcision as infants revealed the following abnormalities:

HIV prevention may be a reason for a son’s circumcision

A 2010 study found less HIV transmission in adult men when neonatal circumcision was done. There was a lifetime reduction of the HIV risk for all males by 15.7%. 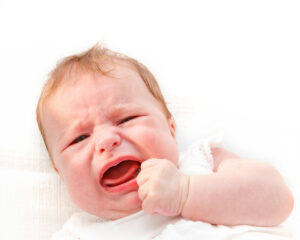 Circumcision May have Long-term Emotional Consequences

Circumcisions of newborn males are largely based on religious and family traditions. There is very little scientific evidence that circumcisions are necessary. The old thought that you could prevent penile cancer with neonatal circumcisions was proven wrong. Instead, clinicians showed that good hygiene with cleaning of smegma removed the carcinogenic substances that cause penile cancer. The latest finding that HIV infection rates in adult males were lower in males with circumcision does not necessarily mean that all newborn males need circumcision. HIV is curable in this day and age with cocktail antiviral therapy. It does not make sense that all males get a circumcision for an HIV infection that might not happen.

Century old traditions associate with circumcisions and there are strong beliefs one way or another. It is unlikely that this question will settle soon. Parents will make their decisions based on their traditional and personal beliefs. This is a persistent pattern, even if objectively there is no evidence that circumcisions are necessary.