A new study on rats and mice appeared in a publication on cell phones and cancer. After 2 years of exposure of low and high intensity electromagnetic wave energy to 3000 rats the experiments showed the following. There were heart schwannomas that developed in male rats. But they did not develop in female rats. It was in the high intensity group that 6% of the male rats developed malignant schwannomas after 2 years.

Political engineering of the data

The researchers said that the experiments were not designed to measure safety of EMF in humans. One of the FDA comments came up in the discussion of the findings. They said that the rat experiments would not be relevant for human brain tumors. In addition there was the following comment. “We believe the existing safety limits for cell phones remain acceptable for protecting the public health.”

Schwann cells in humans or in mammals like rats are there to protect nerve cells. It does not matter whether these are located in the brain or in the nerve fibers that help various heart muscle cells to let the heart beat in one accord. When EMF is causing cancer in these cells the cancer is called malignant schwannoma.

Schwannomas in rats are relevant for humans

It is very relevant that EMF can cause these tumors in another mammalian strain, namely rats, and this is indeed relevant to the human situation. The difficulty with respect to establish a safe limit for exposure to EMF remains a conundrum. In this Swedish publication from 2011 the researchers said that exposure of human brain tissue to EMF will cause brain cancer, but in a delayed fashion. Due to DNA repair mechanisms the onset of brain cancer in the first years is only about twofold from the background rate.

The researchers also said that there is a lag time of 30 years before the accelerated brain cancer rate shows. At that point cell phone users will experience a 25-fold increase of the incidence of brain cancer.

In a recent review of the subject I came to the conclusion that EMF does indeed cause cancer. But the lag period of up to 30 years clouds the picture, because most experiments do not last that long. 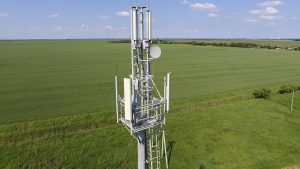 I have discussed this topic before. New evidence shows that another mammalian species, namely rats and also mice do develop malignant schwannomas in the heart after about 2 years of exposure. It shows that EMF does have some negative impact on tissues. But we know from other research that EMF damage may only show after 30 years because of DNA repair mechanism that cause a lag time before cancer develops. This is not reassuring but rather disconcerting, as this is a human experiment in progress, and you, as a cell phone user, are part of it.