Cancer Rates Down In the US

In a publication dated Jan. 5, 2015 there is a report showing that the cancer rates in the US are down in the past two decades. There has been a decline of 22% in cancer mortality over two decades, which translates into 1.5 million lives saved from cancer. The data was obtained from the National Cancer Institute, the North American Association of Central Cancer Registries and the Centers for Disease Control. When the data is broken down according to cancer types, there was a significant reduction in mortality from breast cancer, colon cancer, lung cancer and prostate cancer. Breast cancer mortality has declined by 35%, colorectal and prostate cancer mortality was down 47% each. For men lung cancer deaths decreased 36% between the years 1990 and 2011; for women lung cancer death rates declined by 11% between 2002 and 2011. There were regional differences and differences from State to State. The authors attributed the overall decline in cancer deaths to the reduction in the percentage of smokers in the US on the one hand; on the other hand they noted that there were advances in prevention, early detection of cancer as well as improvements in treatments.

In my way of thinking it makes sense that the above-mentioned cancer types are related to reduction in smoking rates. With lung cancer this is most directly obvious because of diminishing carcinogen exposures. The breast and the prostate are glandular tissues, very susceptible to circulating carcinogens. With prostate cancer there was the added benefit of early detection with PSA screening leading to an earlier biopsy and surgery by a urologist resulting in lower mortality overall. Breast cancer screening methods have improved as well and women participate on a larger scale with breast screening leading to earlier detection of breast cancer with lower metastases rates. When any cancer is detected in an earlier stage, the treatment success rate improves significantly translating into lower mortality rates. Colorectal cancer reduction is likely explained by reduced carcinogen exposure (circulating in the blood in smokers and swallowed carcinogens ending up in the colon and rectum). In addition another important factor is a new awareness that polyps need to be removed through regular colonoscopy screenings. Polyps are the precursor of cancer of the colon and rectum. Screening for and removing polyps that are still benign tumors will reduce cancer mortality from colon and rectal cancer. 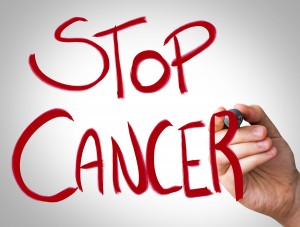 Cancer Rates Down In the US

The good news is that cancer prevention, early detection and early treatment works in reducing cancer rates. However, there is a long way to go to push prevention further as this seems to me the most powerful method of reducing the cancer rates. What is of utmost importance? Quit smoking. Eat a Mediterranean diet (no sugar and no starchy foods). Take vitamins (vitamin D3) and supplements (curcumin, resveratrol etc.) and exercise regularly.