Can We Trust Our Medications?

When a substance that causes cancer was found in a European heart medication, people asked “can we trust our medications?” Tests results are out: in many European countries Valsartan, a heart medication shows contamination with a cancer causing substance. About 2300 samples went to 22 countries, which included mostly European countries, Canada and Australia. Valsartan that was on the US market did not have this contamination. N-Nitrosodimethylamine (NDMA), a potent carcinogen, contaminated various medications. These contaminated medication had to be recalled.  In animal experiments NDMA produces tumors in the liver, kidneys and the respiratory tract. It seems like impurities showed up in Valsartan tablets that originated from Zhejiang Huahai Pharmaceuticals in Linhai, China. Further investigations determined that impurities with NDMA were “as a result of a change in the manufacturing process.” The question, however, remains: can we trust our medications?

In Canada the patient safety institute is testing medication safety on an ongoing basis.  In the US the FDA is constantly on the watch for any problems. As a result drugs manufactured outside Canada or the US are relatively safe. With a 50% outsourcing of the world market to China manufacturing, major quality control issues have therefore arisen. This link points out that Chinese “quality control labs” have falsified reports and labeled medications as safe. In contrast, when US laboratories retested the medication, it showed that they were unsafe. Consequently, the FDA has increased their testing of drugs which have their manufacturers in China. Certainly, this is an attempt to prevent contaminants to reach the US market.

The changing face of drug companies

In the past quality control was top-notch in the pharmaceutical industry. Physicians used to trust medications that came from drug companies. They knew that every pill would indeed contain what the label declared. Over the years there have been more and more cases where drugs had a recall or disappeared from the market altogether. The reasons were quality issues. Drug companies outsource the manufacturing of medications to China. Manufacturing of drugs in China is possible with only a fraction of the costs in the US.

The profits are rising for the drug companies, while quality control of the medications has decreased. The FDA has increased their budget for testing foreign made medications. FDA testing has made it safer for the consumer to take medications from Big Pharma. The FDA believes that testing of drugs from manufacturers abroad will ensure better drug quality for the consumer. Despite all of this we still have to wonder: can we trust our medications? 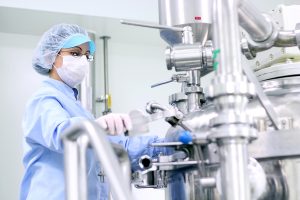 Can We Trust Our Medications?

A well-known high blood pressure and congestive heart failure drug, Valsartan showed contamination by a powerful carcinogen. 2300 samples that went to 22 countries around the world had to be recalled. Quality assurance problems with Chinese made drugs are nothing new. The FDA has increased their budget for testing drugs from foreign manufacturers. At this point about 50% of drugs in the Western world are produced in China. Quality control by Chinese labs is unreliable or often the data are deliberately false. It seems like the only alternative is to retest drug imports at home. Consequently, this ensures the quality of medications that have their origin in foreign countries. Having said all of this: can we trust our medications? The numerous drug recalls are an unsettling answer.