Researchers at the University of Pittsburgh, PA found that B vitamins cut pancreatic cancer. The investigators took data from the Chinese Health database. 63,257 men and women were enrolled between the years of 1993 and 1998. Dietary questionnaires were available that the investigators could utilize.

Why B vitamins cut pancreatic cancer

Other researchers have found also found that vitamins like choline and vitamin B6 are important. They can function as modulatory factors in gene-diet interactions. They are considered to be epigenetic factors. Choline, vitamin B6  and other nutrients are involved in the one-carbon metabolism. This involves DNA methylation by regulating levels of the universal methyl donor. Other food components are also modulating epigenetic patterns. Among these are retinoic acid, resveratrol, curcumin and tea polyphenols. Aberrations in epigenetic patterns have been identified. They are responsible for many age-related diseases including cancer. 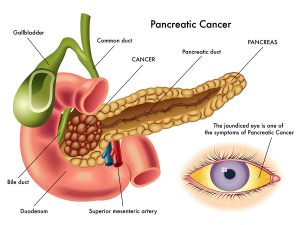 Vitamin B6 and choline have been identified as important supplements. They can help reduce pancreatic cancer by 48% (vitamin B6) and 33% (choline). This is an important finding. Add to this the effect of the supplements resveratrol, curcumin and polyphenols. Together they can significantly stabilize the DNA in body cells and help prevent aging, age-related diseases and cancer.