As the underlying Lancet study showed, this prospective observational study was done at 75 sites in 14 European countries involving 972 gay couples. 782 provided eligible questionnaires. The average age of the couples was between 38 and 40 years. Notably, the researchers followed these gay couples for 2 years.

This study seems to show for the first time how powerful the cocktail drug treatment for HIV patients is. AIDS is still a serious illness, but no longer the feared disease it once was. It is still a chronic disease that attempts to wipe out the immune system of the affected person. But when health professionals follow a proper ART protocols with a 3 or 4 pill cocktail the HIV there is successful suppression of the virus. After several years of taking ART many HIV patients can experience a cure. It was not an entirely surprise that the viral shed rate was not high enough to transmit HIV to a seronegative partner despite unprotected sex. 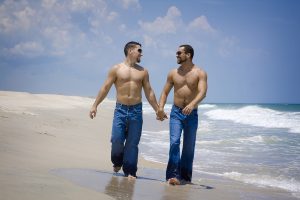 The authors state that they are the first to show that a zero HIV transmission is possible in either heterosexual couples or gay couples as long as the HIV positive partner takes antiretroviral drugs regularly.