Gut flora composition was analyzed with bacterial cultures. Following frequent antibiotic use there was a shift towards less beneficial gut bacteria. These are associated with a change in the body’s immune reactions. This caused autoantibodies directed against the insulin producing cells in the pancreas. This causes type 1 diabetes. This type of diabetes can only be treated with daily insulin needles. “We were able to establish a clear relationship between bacteria, the body’s immune reaction and the development of Type 1 diabetes,” Prof. Gibson said. She is a microbiologist at the Irving K. Barber School of Arts and Sciences (UBC Okanagan Faculty).

Other research showing that antibiotic use accelerates diabetes

Other  research seems to be supporting what Prof. Gibson is saying. 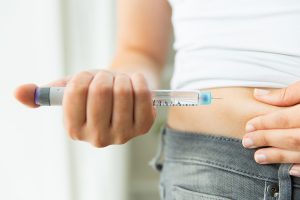 Recent research has shown that antibiotic use accelerates diabetes. The human gut flora composition is crucial in early infancy. It determines whether or not type 1 diabetes (juvenile diabetes) will develop. Probiotic therapy may well reduce the risk of type 1 diabetes. Prospective studies in that regard will likely follow soon.