The medical journal “Cell” published research showing that a new antiaging medication for mice works. Until recently it was thought impossible to influence the rate of aging in animals or humans. But a new peptide medication for testing mice showed that fur in older animals grew denser again. The peptide also improved kidney function. And the mice could run in the exercise wheel twice as long as before the treatment.

The FOX04 peptides normally cause longevity. They are also eliminating senescent cells (by “apoptosis”). In addition, the FOX04 gene improves the survival of mice with various cancers. Much is still uncertain.

The researchers applied the FOX04 peptides  mice that received chemotherapy treatment and aged prematurely. This rejuvenated them as it did in mice that aged normally. Doxorubicin, a chemotherapeutic substance, was the drug to age one group of mice. Doxorubicin caused chemo toxicity to the liver and was the cause for premature aging. However, it did not affect the liver cells of another group of mice. This group that received treatment with FOX04 peptide before doxorubicin was administered.

Discussion about anti-aging in mice and in humans

The mouse experiments regarding antiaging medication for mice were a first and important step. It showed there is an effect of the new FOX04 peptide on longevity in mice. The next step is to test this in human cell lines and finally conduct clinical trials.

We already know that FOX04 peptides have a very low toxicity. They are natural signaling molecules that the body is familiar with. Here is a medication that protects the liver from toxins, rejuvenates kidney tissue and prevents premature senility. This would definitely be an asset in any doctor’s treatment arsenal. In addition there may be a cancer modifying effect, as natural cancer suppressing genes receive a boost. This effect requires further research. But it could take 10 years before this experimental drug will clear the regulatory hurdles. 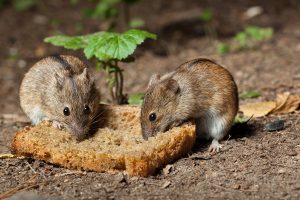 A new class of antiaging medication for mice, FOX04 peptides, are in the interest of researchers. Fur in older animals was getting denser again; kidney function improved.  The mice could run in the exercise wheel twice as long as before the treatment. Their livers did not show effects from aging and from the toxicity of a chemotherapeutic drug. By all criteria tested it appears that FOX04 peptides are a kind of anti-aging drug. In addition it may have cancer-modifying aspects as well that need further testing. At this point this medication has only been tested in mice, but soon tests are going to start  in humans. For anybody who has high hopes, I would suggest that you relax and do not hold your breath. It is a long way from experiments with rodents via clinical trials on humans to a practical application.