New research was able to develop anti-cancer medicine disguised as fat. A cancer research team from the Northwestern University in Evanston, IL used long-chain fatty acids to disguise chemotherapeutic drugs. In this case, each of the ends of the fatty acid attaches to cytotoxic medicine like the well-established paclitaxel. Specifically, human serum albumin transports this fatty form of paclitaxel into cells all over the body including the cancer cells.

It is important to realize that in mouse experiments the researchers have noted that they can deliver 20-times more paclitaxel, but with 1/17th the toxicity of paclitaxel.

Professor Nathan Gianneschi, the lead researcher said: “It’s like the fatty acid has a hand on both ends: One can grab onto the drug and one can grab onto proteins. The idea is to disguise drugs as fats so that they get into cells and the body is happy to transport them around.”

Other researchers commented that this would be like a Trojan horse. As can be seen, the fat-paclitaxel combination makes its way into into cancer cells where the chemotherapeutic drug becomes active. With the paclitaxel combination, in particular, you can reach 20-fold higher concentrations in comparison to regular chemotherapy. In addition, the albumen coating makes the fat-paclitaxel combination more universally acceptable as the cell receptors accept the albumen coating. In like manner, the compound is also much more efficient as the drug concentration is 20-times higher, but the side effects are 17-fold less than with paclitaxel alone.

Furthermore, the researchers used a mouse model with three different cancers: bone cancer, pancreatic cancer, and colon cancer. All of these cancers responded to the albumin coated fat-paclitaxel compound. The researchers recorded cures for all these cancers in mice.

In contrast, research now must concentrate on human cancers to see whether similar results as in a mouse model can be obtained. 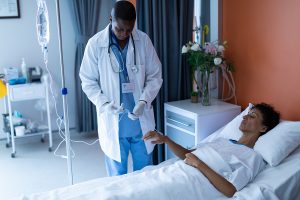 New research was able to develop anti-cancer medicine disguised as fat. A cancer research team from the Northwestern University in Evanston, IL used long-chain fatty acids to disguise chemotherapeutic drugs. Each of the ends of the fatty acid attaches to cytotoxic medicine like the well-established paclitaxel. At the end of the drug-fatty acid combination was a coat of albumen. The body tolerates this better and the drug-fatty acid combination can now enter into the cancer cells. The drugs that this way can enter the cancer cells were 20-fold higher in concentration. But the side-effect was 17-fold less, and a cure of all the cancers in the mouse model was obvious. The research team must now bring this model into the human scenario. Professor Nathan Gianneschi, the lead researcher is confident that this model will easily translate into the human situation.