A 1-year randomized clinical trial showed aerobic exercise against Alzheimer’s is effective in preserving brain volume. Researchers assigned a total of 70 patients 55 and older with mild cognitive impairment to either a group that did regular aerobic exercises or a group that did stretching and toning. This prospective clinical trial lasted for 1 year. At the end the participants were analyzed with respect to their cognitive function, to the amount of amyloid deposits in the brain and brain volume. The memory and executive function performance improved in both groups throughout the year. Brain volume and Aβ plaque deposition in the hippocampus area decreased in both groups. There was a marked improvement in cardiovascular fitness in the aerobic group versus the stretching and toning group that did not change.

With amyloid positive patients aerobic exercise training resulted in a reduced hippocampal atrophy compared to the stretching and toning group.

In light of this it is important to mention that aerobic activity is only one factor that will help prevent Alzheimer’s disease in addition, staying away from poor diet habits is another important step. Particularly, sugar and fat in combination (like in ice cream) has been shown in studies to cause Alzheimer’s prematurely. A neglected factor that is clearly related to an earlier onset of Alzheimer’s disease is chronic alcohol abuse.

In this study over a million French citizens were followed who had been discharged from hospital. Alcohol use disorders were present in 16.5% of the men and 4% of the women with dementia. Alcohol and the metabolic by-product acetaldehyde have toxic effects on the brain. They cause long-term toxic effects, and functional brain damage is the result. Heavy drinking is a strong vascular risk factor. This leads to diabetes, high blood pressure, heart attacks and strokes. Heavy drinking is more frequent in men than in women. In men the dementia risk was 4.7-fold, in women 4.3-fold. Obesity, smoking and high blood pressure are also risk factors for dementia. If these cases were not part of the study, heavy alcohol abuse caused an increase in dementia in both sexes by a factor of 3-fold. 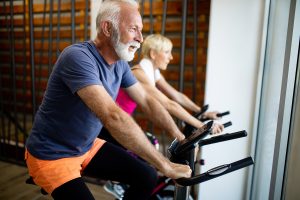