Multiple sclerosis symptoms are as varied as is the distribution of the demyelination lesions (= MS lesions) throughout the CNS and the spinal cord. Common sites that are affected are the tracts of the white matter of the lateral and posterior columns of the cervical and thoracic spinal cord, the midbrain area, the pons and the cerebellum, but also the gray matter in the cortex of the brain and in the spinal cord. The optic nerves and the periventricular areas are also frequently affected (Ref. 3, p. 1474).

If this first attack of multiple sclerosis is overlooked, it may take months or years before another attack strikes, this time usually in another location. The neurologist, who likely will now be consulted, in all probability will make the diagnosis, at least on a tentative basis. Sometimes it takes several attacks before the diagnosis is made correctly as initially the symptoms can disappear between attacks. The difficulty with this disease is that it is diffuse due to the variable location of the demyelination foci as explained above, and with mild initial cases people may not even see their physician, denying that there is a problem. In other cases the doctor may call the patient falsely “hysterical”.

With the first attack there is usually only a very localized area affected, which would manifest itself by a clumsiness of a hand or a leg. In another case this first manifestation of multiple sclerosis would be a double vision(=diplopia), if the brain stem tracts are affected, which connect the 3rd, 4th and 6th cranial nerves that are all necessary for smooth eye movements. 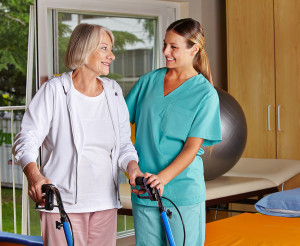 When symptoms no longer disappear, but leave a weak leg behind that leads to a permanent limp, and then is followed by another bout that leaves the patient with double vision, then it is clear that there are at least two different foci with demyelination. This is characteristic for multiple sclerosis, where as we mentioned above there are disseminated foci of that nature throughout the CNS and the spinal cord. There are a multitude of symptoms that are now commonly occurring. Mentally a lack of judgment, apathy, depression and inappropriate emotional reactions are characteristic. Slow speech with hesitation at the beginning of a word is common later into the disease. Visual disturbances with field defects and even blindness and pain on one eye (due to retrobulbar optic neuritis)can occur on top of the double vision already mentioned. Uncoordinated, jerky eye movements (=nystagmus )can occur sometimes. Face numbness can happen on one side; dizziness with preserved hearing can occur as well.

The motor and sensory system throughout the body can be interrupted at the level of the spinal cord or at the level of the gray matter of the brain, wherever the demyelination foci are located. The lesions can also be located in the cerebellum, which is the part of the brain situated in the back of the skull and is responsible for coordination of the muscle movements and also for the sense of balance. If the lesions occur at this level, gait suddenly becomes a problem as does balance. A tremor that becomes worse when the person intends to move or actually moves is also a sign of cerebellar involvement (=intentional tremor). Muscles become weak and spastic. 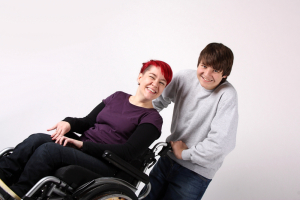 There can be a stroke like picture with hemiplegia with cerebral gray matter lesions. Fleeting sensor changes of the hands and feet are common. A disturbing painful sensory disturbance happens with spinal cord demyelination: a lightening type sharp pain shooting down the spine, which is perceived as an electrical shock or as a burning or stinging pain along the mid back. The autonomic nervous system, which controls bladder function and watches over fecal continence, can also be affected. This is usually a late sign of multiple sclerosis and means that the lesions are at the level of the spinal cord. Urinary incontinence might be mild in the beginning, but in time it will lead to the need for self-catheterization and eventually to continuous catheterization. Constipation is common, but towards the later stages fecal incontinence may happen. In men erectile dysfunctions occur commonly and in women a lack of feeling in the clitoris.

Many patients are heat sensitive and exposure to high fevers from flus should be minimized by fever reducing acetaminophen. In summer a good air conditioning unit is important to prevent a flare-up of a multiple sclerosis attack.

3. The Merck Manual: Multiple sclerosis (thanks to www.merckmanuals.com for this link).