There are rare fungal  infections, perhaps less known, but  they can occur in people with a normal immune system. One such rare fungal infection is chromomycosis. On the other hand AIDS patients or those who have a weak immune system like cancer patients or patients who had transplants and are on immunosuppressants, can also develop otherwise rare fungal diseases such as mucormycosis or phaeohyphomycosis.

Mucormycosis commonly affects the sinuses and lungs. Phaeohyphomycosis affects the skin, the sinuses and can spread into the brain. Chromomycosis is  coming in many disguises: it can grow flat on the skin like a tinea, but it can also grow like a wart as a slow growing papule. It can also affect muscles, bone, the sinuses and brain or grow in the cornea of the eye. More details about these rare fungal infections can be found under separate headings. 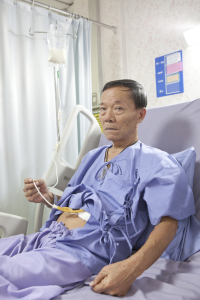