Nose problems are very common in the general population. The most common one perhaps is a clogged nose from the common cold. Other people may react to the environment with an allergic rhinitis. Nose polyps in the nasal passages can make it difficult to breathe as well. They can be surgically removed, which allows the patient to breathe well again.

After a nose fracture there may be a deformed nose and a deviated nasal septum making it difficult to breathe through one of the nostrils. Sinus problems can give unrelenting headaches. In children there are often enlarged adenoids that can obstruct breathing in the back of the nose and upper pharynx. Nose bleeds (epistaxis) can be very annoying, but they are common and should be attended to. One of the causes can be liver disease that might have led to coagulation problems. Other causes of nose bleeds might be undiagnosed cancer of the nose inside one of the nasal cavities. 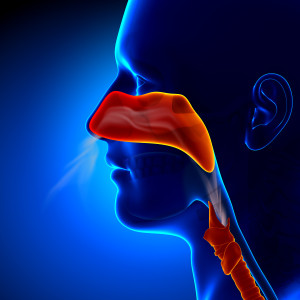 Some people are born with a “crooked nose”, others sustain it after a nose fracture from an accident or a fight. The end result is a nasal septum deviation where the separating wall between the right and left nasal cavities is deformed. Patients often snore and complain about difficulties breathing on one side of the nose. This can be surgically corrected in a small surgical procedure, called rhinoplasty. Here is a link, which explains this in more detail and shows before and after rhinoplasty pictures (thanks to www.smartrhinoplasty.com for this link).