Kidney cancer is responsible for about 3% of all cancers. It usually occurs on one kidney. As we can live on only one kidney, this gives the oncologist the chance to cure the patient by taking the affected kidney out (radical nephrectomy), which is one of the more successful therapies for kidney cancer.

However, the cancer needs to be detected early and fortunately this often is the case as blood in the urine (hematuria) often occurs still at an an early stage. Blood in the urine then is an important symptom, which should alert the patient and physician alike to check out the kidney. 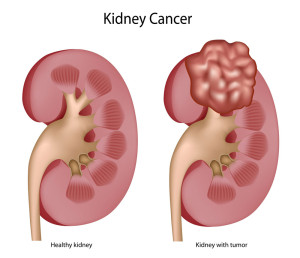