In the first place, when a woman feels a breast lump or when routine mammograms show a suspicious lesion, the surgeon removes the lump by surgical excision (lumpectomy). To emphasize, the surgeon sends the removed breast tissue to the pathologist for histological analysis.

Notably, when the breast biopsy sample is positive for breast cancer, the physician orders more blood tests, possibly a CT or MRI scan for staging.

Stage I and II breast cancer

In fact, in 1991 there has been a consensus conference among oncologist. They decided that a breast conserving excision of the tumor (lumpectomy) and subsequent radiation therapy to the surgical site would serve many women best. Specifically, it would be particularly good for treating the majority of women with stage I and II breast cancer. For 5-year survivals see this link (lower half of page).

Certainly, breast cancer specialists pointed out that this treatment provides equivalent survival as the more radical and disfiguring total mastectomy and axillary dissection. In particular, the value of post surgical radiation of the surrounding tissue and the axillary region has been shown in an 8 years follow-up study. Chiefly, the specialists compared two similar groups of stage I and II breast cancer patients. They received either radiotherapy treatment following surgery or not. Surprisingly, the radiotherapy treated group had a local recurrence of only 10% after 8 years, the untreated group had a 39% local recurrence. In that case radiotherapy provided a 29% survival advantage, which is quite significant. The specialists pointed out that radiotherapy eradicates residual microscopic breast cancer tissue, which likely is the reason for the radiotherapy survival advantage.

With stage III breast cancer there is local metastatic involvement of the axillary lymph glands. The breast cancer specialists say that this requires treatment with a combined treatment modality to improve survival. This consists of chemotherapy (fluorouracil, doxorubin and cyclophosphamide) followed by surgery and radiotherapy. In future there might be further cycles of chemotherapy to control reoccurrences. Using this combined approach clinicians achieved impressive 5-year survival rates. The more localized stage IIIA patients have a 5-year survival of 71%-84%, with further spread of breast cancer in stage IIIB patients the survival rate drops to 33% to 44%.

With stage IV breast cancer patients the breast cancer specialist must use combination chemotherapy as an effective treatment modality. But as the immune system often shows severe compromise, there are limitations as to how aggressive the oncologist can be with the cytotoxic chemicals.

Paclitaxel (brand name: Taxol), derived from the needles and bark of the Pacific yew tree, Taxus brevifolia, is a mitotic spindle poison and interferes with cell division. It has been shown in studies that it is effective in slowing cancer growth in advanced ovarian and breast cancer. Chemotherapists combine this medication with various chemotherapeutic agents to extend the advanced stage IV patient’s lives by a few months. In some cases it has even led to long term remissions. 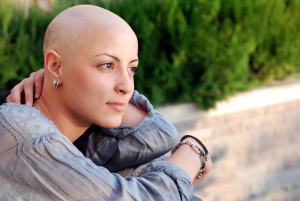 There has been an extensive worldwide analysis ( a “metaanalysis”) of several breast cancer trials, which revealed the following guidelines regarding survival and cancer remissions (Ref. 1 and 3):

“Telomerase inhibitors” is a buzzword that you will hear more often in future. This is an enzyme, which repairs the ends of the DNA in chromosomes as they divide in rapidly dividing cells. If cells are bathed in this enzyme telomerase, they would divide forever and ever: this is what happens with resistant cancer cells. They found a way by genetic mutation to have a constant supply of this enzyme and that’s why cancer cells can multiply so well contrary to the normal cells. A new class of drugs has been developed and is further being refined that specifically targets this enzyme system. They are called telomerase inhibitors.

Telomerase inhibitors may be useful for future breast cancer treatment

This new knowledge will be used for diagnostic purposes on the one hand, but also for therapy on the other (Ref. 4). Finally, there might be a place for telomerase inhibitors as a preventative regimen like tamoxifen (Ref. 5). It is too early to say, which way clinical trials will take us, but it is an exciting time where new break-through therapies are within reach.

A new treatment method is called “laser-assisted immunotherapy“, and it is being studied in a pilot study on humans. 62.5% of end stage breast cancer patients had a response rate in a Caribbean study (www.lef.org/magazine for this link) that is still going on, something that has never been achieved before. The breast cancer specialists injected indocyanine green into the tumor. Local hyperthermia through an infrared laser beam activates the photosensitizer. The immune stimulator (glycated chitosan) activating the immune system. This attacked circulating metastasizing breast cancer cells and killed them. The Laser beam is close to the infrared frequency of light, which activates the FDA approved compound indocyanine green. Indocyanine green absorbs more heat from the laser beam right in the cancer cells. It is there where it is necessary for local the hyperthermia treatment.

With traditional chemotherapy there often is a negative effect on the immune cells or the bone marrow cells. However, with laser-assisted immunotherapy this is not the case.  The killed cancer cells release the cancer antigens that the immune system was unable to recognize before. With this added immune booster which is called “glycated chitosan” the cancer patients’ immune cells (called “killer T lymphocytes”) get stimulated and are in a position to eradicate the last traces of cancer cells anywhere in the body, so this treatment is able to even eradicate distant metastases. Researchers in Italy have also stated that combination therapy is the future for successful cancer treatment.