Abnormal uterine bleeding is a category of menstrual bleeding containing a long list of various types of abnormal vaginal bleeding. This can be due to a number of different causes, which are listed below.

About 25% of abnormal uterine bleeding are due to organic reasons while 75% are due to functional reasons (=dysfunctional uterine bleeding). As a woman ages, there is a higher risk that an physical problem such as adenomyosis, endometriosis and gynecological cancer (uterine cancer, cervical cancer or ovarian cancer) would cause an abnormal uterine bleed. Uterus fibroids are common beyond the age of 40 where about 40% of women have them. Only a small percentage of them cause abnormal bleeding, but if they do a hysterectomy may be required.

In postmenopausal bleeding the gynecologist must make every effort to rule out a hidden cancer. Usually a diagnostic D&C is done and possibly an MRI scan. The specialist may also decide to do a diagnostic laparoscopy , if ovarian pathology or endometriosis is suspected.

Bleeding in an early pregnancy is a potentially dangerous condition.

An enlarged uterus can be due to hormone changes of pregnancy when the blood vessels are engorged and bleeding after a miscarriage (medically known as “spontaneous abortion”) can be profuse, causing severe anemia.

This can be life threatening and needs immediate intervention with a D&C (dilatation of the cervix and curettage of the uterus) by a specialist. For every life birth there is a miscarriage, in other words half of all pregnancies never make it to completion.

Removal of all fetal tissue is important

It is important to ensure that all of the fetal tissue and retained placental tissue is removed in these situations, otherwise there is the risk of developing a choriocarcinoma or a hydatiform mole. Although early pregnancy associated bleeding is often devastating to a couple, as dreams of family are preliminarily shattered, it is not all bad news. We could perhaps rethink our perception about nature and realize that in some instances nature wants to mature the uterus more, so with the next attempt it is more ready to carry through the pregnancy.

In other cases, there may be lethal mutations or genetic malformations that are incompatible with life and nature decides to spontaneously abort this pregnancy. We need to overcome the human tendency to lay blame onto the husband’s sperm or the mother’s egg. The truth is that very often the cause cannot be determined, so we are better off to simply accept and then when we are emotionally ready to simply try again. One thing seems to be for certain namely that every new pregnancy gives the uterus a boost and makes the woman more fertile for about one year. 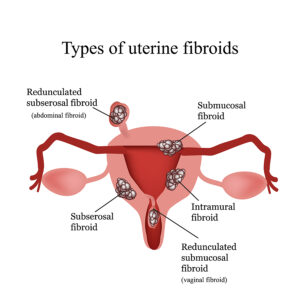 Bleeding from the uterus is common. It can be due to many different conditions. The common denominator is abnormal uterine bleeding. Condition like intrauterine fibroids, polyps, uterine cancer, endometriosis. The doctor will refer the patient as soon as possible to a gynecologist which examines the patient and orders various tests. In many cases a hysterectomy is needed to stop the bleeding and to remove the cause of the condition.