Weight loss and diet is automatically achieved when you adopt a healthy diet.

Scores of books regarding weight loss ( weight watcher, weight loss program, weight loss diet) have been published and bought, and for a while the one or the other will be considered the leader. Usually there will be a few “miraculous” claims, and after a while the big firework of promises quietly fizzles out. Very often we are looking at a diet of extremes (the banana diet, the fat-burning grapefruit diet, just to name a few).

The refrain will remain constant: the dieter “goes on a diet”. This already points to the next step: he or she will go “off the diet”. Surprise? Not really! After 4 weeks of nutritional boredom you too would hate to look another banana in the face or even think of a grapefruit. You’ve had it! No more. You may salivate at the thought of steak and turn your attention to a steak diet: all the steak you want to eat ! It won’t work either: you’ll be turned off too after a while of this dietary escapade. Actually, you are playing russian roulette with your health. You ate vast amounts of protein, and your kidneys will be working overtime to eliminate the unusually high amounts of waste products.So let’s try fasting. It sounds like giving your body a “rest”. It certainly has always had an appeal especially with the crowd of people who want to lose weight quickly. To their disappointment they are in for an exercise in frustration.

After some initial weight loss the body goes on spare flame. Weight loss becomes non-existing or slow, concentration becomes a major effort, energy wanes, irritation runs high. What happened? Our body still needs carbohydrates, protein, and fat to function. If protein does not come in, it’s taken from our muscles. One of the muscles by the way is the heart. Obviously we are not doing ourselves a service by a fasting regime. After a good amount of discouragement and deprivation the dieter will become an ex-dieter. Really, nothing has changed. The eating habits have not changed, and the next station is already visible on the horizon: the pounds that have been lost are regained, and eventually things have gone full circle. The next diet sounds like a promise of changes for the better, yet the next disappointment seems already built in. It becomes very obvious that extremes do not work. There are no quick fixes, and dieting based on gluttony (“Eat all the oranges you want and lose 10 pounds quickly”) just keeps the dieter in a yo-yo existence of up and down.It’s a blow to the emotional well-being, it’s as bad for the physical function. If you wait for another diet, don’t read on. If you are looking at lifestyle changes that enable you to enjoy the foods that are fuel and pleasure for your body, read on ! 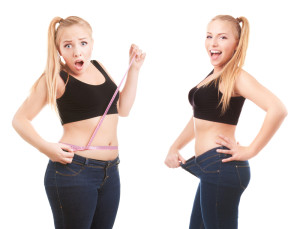 Here is a link regarding a sensible diet (thanks to mydietbuddy.com for this link): Your resource for diet reviews, programs, pills, and information!

If food is considered like a drug that keeps our systems running, it is obvious, that we have to administer it in a way that overdoses are avoided. It should rather be looked at as a slow controlled supply of nutrients that is made available to our body.You would question the sanity of anybody who would elect to swallow his cough syrup or his antibiotics as one mega dose just once a day when he is sick! Yet food habits very often are exactly like this scenario. Here is a paper that stresses the importance of a balanced approach to weight loss emphasizing that this demands a lifestyle change on a permanent ongoing basis. Other useful information on weight loss through the use of proper foods and exercise can be found under Ref. 8.

A new clinical trial (Ref. 9) involved 25 healthy individuals aged 18 to 35 (16 males, 9 females). All of them received a diet in excess of almost 1000 calories per day, but the protein content differed significantly. One group received a 5% protein diet (low protein group), a control group 15% protein (normal protein diet) and the third group a 25% protein diet (high protein group). They were fed this diet for 8 weeks. The results were rather interesting. Everybody gained weight from the excess calories. The researchers measured the body composition, namely the fat to muscle ratio by dual x-ray absorptiometry. With this scan it was discovered that the low protein group gained more fat than muscle, while the normal protein group and the high protein group gained more muscle mass. As muscle weighs a lot more than fat one can not rely on body mass index alone. The authors concluded that the best way to lose weight is to restrict calories by eating a high protein, low fat diet that is rich in colorful fruits and vegetables (complex carbohydrates).

What is the lesson to be learnt for those of you who would like to permanently shed the excess weight? It is simply to change your diet as follows:

Briefly, you would no longer consume sugar and sugar products, cut out excess starchy foods and eat a good amount of lean meat, poultry and fish. Your plate would be filled with a good amount of vegetables and/or salad. For dessert you would be allowed fruit. As your total caloric intake will now be 800 to 1000 calories less than the average American diet, you would comfortably lose 1 to 2 pounds per week. In the beginning of such a weight loss program you may even lose several pounds per week as fatty tissue is melted away and in the process you lose water as well. However, when weight loss stabilizes you will lose 1 to 2 pounds per week until your ideal body weight is achieved. You will note from the links below that it is advisable to engage in some regular exercise as well as part of your new lifestyle (burning off extra calories). As your hormones get balanced with this approach, you will not have any problems maintaining your healthy weight on an ongoing basis.