In the first place, fibromyalgia is a common musculoskeletal disorder, which mostly affects women (in 90% of all cases). Secondly, fibromyalgia pain (described under “signs and symptoms”) is the main symptom; thirdly, sleep disturbance is also common. Notably, among women in post-retirement age the frequency is as high as 7%. It is therefore important to realize that in industrialized nations about 2 to 4% of the population at large suffers from this condition (Ref. 1). In general, symptoms of fibromyalgia include wide spread pain, fatigue, coupled with a sleep disorder and painful tender spots in various anatomical locations.

Another key point is that when more than 12 out of 18 defined tender points are positive, the diagnosis of primary fibromyalgia can be made.

On the other hand, at the same time there can be fibromyalgia symptoms that accompany other rheumatic illnesses and medical diseases, in which case the physician calls this secondary fibromyalgia. After all, common medical illnesses that need to be delineated from fibromyalgia specifically are: diabetes mellitus, hypothyroidism, depression, hepatitis, multiple sclerosis, electrolyte disturbances such as hypokalemia etc., or cancer (Ref. 2).

Above all, according to Dr. Lichten (Ref. 8) another key point is the consistent finding in various publications that the normal sleep pattern is interrupted. In other words, as an illustration, sleep studies show that there is a specific pattern called alpha-delta sleep, where the deep sleep required for the regeneration of growth hormone is interrupted by wakefulness (measured as alpha sleep waves). Likewise, EEG recordings further show that REM sleep (sleep stage 3 and 4) is reduced leading to muscle stiffness and pain, inability to concentrate, brain fog and fatigue. By all means, this becomes important when treatment of fibromyalgia is considered (see treatment link).

Fibromyalgia is a psychosomatic disease

In addition, it is important to realize that fibromyalgia belongs to the psychosomatic diseases. To put it another way, with fibromyalgia there can be bottled up anger (usually subconscious) and muscle aches and pains due to an accumulation of lactic acid in the muscles (Ref. 9). Similarly, newer studies have shown that the micrometabolism of fibromyalgia patients may be different with more need for micronutrients than in people without fibromyalgia (Ref.11 and 12). In addition, pyrroloquinoline-quinone (=PQQ) may also be useful for restoring energy (Ref. 13). This will be mentioned under “alternative medicine treatment of fibromyalgia”. 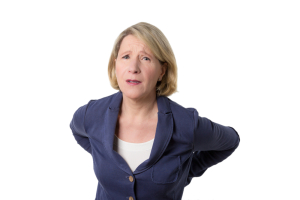 A point often overlooked is that many patients do not have a proper diagnosis and in the same fashion they receive only a partial treatment with regard to their chronic condition. Certainly, this would also account for some of the bottled-up anger, which in turn leads to more adrenalin production in the adrenal glands with subsequent lactic acid accumulation in the muscles causing more pain.

With this in mind, in the separate chapter “treatment of fibromyalgia” I discuss the anti-aging medicine approach that addresses the hormone disbalance based on saliva hormone tests. In other words, with fibromyalgia there are often multiple hormone deficiencies that are affecting the thyroid (hypothyroidism), adrenal glands (adrenal insufficiency, regarding DHEA and cortisol production), growth hormone production (growth hormone deficiency of the anterior pituitary gland), and testosterone (testosterone deficiency) and progesterone production (progesterone deficiency). In conclusion, rectifying these hormone disbalances should be at the center of the treatment protocol. On the contrary, conventional medicine does not treat the underlying hormone disbalance leading to a failure with long-term therapy. To clarify this I will discuss this further under “treatment of fibromyalgia”.