Six Cancers Have A Poorer Outlook

Independent News from Great Britain reported in 2017 that six cancers have a poorer outlook than all the other cancers.  These six cancers are pancreatic, liver, brain, lung, esophageal and stomach cancer. Only 14% of them will live on average beyond 5 years. In contrast 64% of people with all of the other forms of cancer will live beyond 5 years. This includes breast, prostate and bowel cancers.

There is a task force that was founded in Great Britain, called the Less Survivable Cancers Taskforce. This taskforce found that the reasons for the poorer survival of these 6 cancers are as follows.

The taskforce in Great Britain pointed out that only 17% of all of the cancer research money went into the six cancers with the poorest survival chances. The remaining 83% of the cancer money went to the cancers that had better survival.

The survival rate for prostate cancer and breast cancer has almost doubled over the past 40 years. However, the six less survivable cancers mentioned are as deadly as they were in the 1970’s.

Symptoms are unexplained weight loss, jaundice, indigestion and abdominal pain. The real problem is that these symptoms often only occur when the cancer is already spreading. This is at a point when curative surgery comes too late. We need a sensitive blood-screening test similar to prostate cancer’s PSA test for early screening.

Symptoms of heartburn, fullness, nausea and vomiting are very non-specific. Unless an early gastroscopy is done by a gastroenterologist stomach cancer can be overlooked for many years.

Symptoms of losing weight, loss of appetite, upper abdominal pain, nausea and vomiting are non-specific. Often these symptoms indicate more advanced liver cancer. Alpha-fetoprotein in adult blood is an indicator that liver cancer may be present, but it lacks specificity. We need other early detection screening blood tests for liver cancer. We also need better treatment methods for liver cancer than only surgery and chemotherapy.

Symptoms can be headaches, seizures, personality changes, loss of memory and drowsiness. Unfortunately these symptoms can be due to an advanced brain cancer. Like for the other less survivable cancers there is a lack of a specific screening blood test to detect earlier stages.

Early symptoms may be: chronic cough, hoarseness, shortness of breath, but other lung diseases may have similar symptoms. Bronchoscopy may be necessary for early diagnosis, but in the early stages there may not be any symptoms.

Symptoms may be weight loss, even if the patient is not trying to lose weight, difficulty swallowing, heartburn or indigestion. Unfortunately esophagus cancer can also be without symptoms for some time. 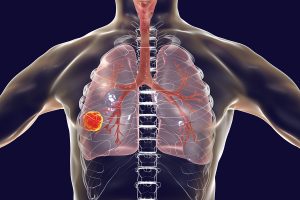 Six Cancers Have A Poorer Outlook