Lately there has been a concern about refined sugar exposure and cancer risk from fruit juice and soda. This story was based on this publication from a BMJ study:

The study involved 101,257 French adults, 79% women and 21% men with an average age of 48. They were participants in the ongoing French NutriNet-Santé study. They were part of this study for 9 years. The participants filled in food questionnaires where they had to answer questions about 3300 different food and drink items. During the observation period 2,193 cases of cancer were diagnosed. 693 of them were breast cancers, 291 were prostate cancers and 166 were colorectal cancers. The rest were a variety of other cancers.

After 9 years the following occurred:

There was an 18% higher cancer risk compared to those who drank no fruit juice or soda. Women had a 22% higher breast cancer risk.

The BMJ study also noticed that those consuming diet drinks had no increased cancer risk after 9 years.

Another study had examined earlier what happens when people consume more than 10% of their daily calories as sugar drinks.

They had a 44% higher risk of dying prematurely from a heart attack. They also had a 14% increased risk to die earlier from any cause.

Why it is important to limit sugar intake

The American Heart Association (AHA) clearly spelled out what the limits are for added sugars:

For men: a daily dose of 9 teaspoons of sugar from all foods,

For women: a daily dose of 6 teaspoons of sugar from all foods.

When you start reading labels, which I have been doing since 2001, you realize that it is very easy to exceed these daily limits. What does this do? It causes your pancreas to produce more insulin than is good for you. You start switching your metabolism into the metabolic syndrome, you gain weight, and you get inflammation. This is what the AHA is concerned about.

Effects of added sugar in your diet

You start developing high blood pressure; get high LDL cholesterol, high triglycerides, and atheromatous plaques in your coronary and brain arteries. Eventually you come down with a heart attack or a stroke. The BMJ study mentioned above also found that there is an increased cancer risk with added sugar consumption in form of fruit juices and sugary drinks. 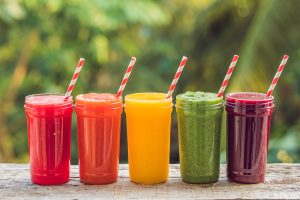 The British Medical Journal has published an important study. It shows that consuming 1 small glass of fruit juice or sugary drink causes an increase in cancers after 9 years. In the past it was known that the same added sugar will cause heart attacks and strokes, but now the cancer risk occurs in addition to that. You can replace sugar with stevia powder extract. This is what the Japanese have done for centuries. Personally, I have cut out added sugar since 2001 and replaced sugar with stevia. I find this easy to do. At the very least I would suggest you follow the American Heart Association (AHA), which has suggested for men a daily dose of 9 teaspoons of sugar from all foods, for women a daily dose of 6 teaspoons of sugar from all foods. This will reduce your risk for heart attacks, strokes and cancer.