Treatment of Parkinson’s disease usually involves drug therapy, but there are other treatment modalities to consider.

Before embarking on drug treatment of Parkinson’s disease I suggest you watch this YOU TUBE video.

This video shows how by wearing special goggles for half an hour daily the brain can produce new pathways that circumvent the freezing episodes and help to normalize gait.

Once learnt, it becomes a permanent cure for many patients. I am mentioning this, because many of the medications below have significant side-effects that can lead to a worsening of the condition.

Another fact that is often overlooked is that many patients can be made better by detoxification methods that anti-aging physicians utilize. Good nutrition and proper supplements are important as well. All of this is discussed under this link in detail.

Finally, before embarking in drug treatment for Parkinson’s disease I would suggest you first read this hormone replacement chapter. Many patients are deficient in hormones and can be improved or cured by bio-identical hormone replacement. Generally speaking it is always better to use substances that the body knows than attempting to outsmart nature by introducing any of the artificial chemicals below. Having said this, there likely still is a place for using these agents judiciously. 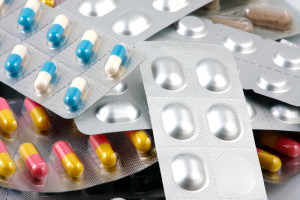 Levodopa: This medication is a dopamine drug (it is a precursor of it) and is taken up in the basal ganglia and can be used to replace the missing neurotransmitter. It is most helpful for rigidity and slow muscle motions. Levodopa is usually combined with another medication, carbidopa, which decreases the breakdown of levodopa and thus saves medication and reduces side-effects.

This levodopa/carbidopa combination comes in different strength combinations (brand names: Sinemet and SinemetCR). Side-effects are flushing, nausea and palpitations. Your neurologist or physician can advise you about other details regarding this drug, including the “on-off effect” after several years of usage, when the medication might have to be taken in smaller steps more often or be combined with selegiline.

Bromocriptine (brand name: Parlodel) and pergolide mesylate (brand name: Permax) are ergot alkaloids, which activate dopamine receptors directly in the basal ganglia. This medication seems to still work even when levodopa wears off in later years of treatment. Some of the side-effects are low blood pressure with fainting when suddenly standing up(orthostatic hypotension), dizziness, nausea, delirium, even psychosis.

Selegiline (brand names: Eldepryl, Novo-Selegiline) works by inhibiting one of the two major enzymes that breaks down dopamine in the brain. It is called a monoamine oxidase type B inhibitor, or for short: MAO-B inhibitor.

The end result is an increase in available dopamine in the basal ganglia. It would help then to prolong the action of Sinemet when this is given at the same time. Selegiline has hardly any side-effects and can, when given initially for mild Parkinson disease, postpone the need for levodopa medication for about 1 year. It also may slow down the degenerative effect of Parkinson disease for some time. However, when given together with levodopa, the levodopa side effects tend to be more pronounced and the dose of levodopa may have to be reduced. However, any change of dosage should only be done under supervision of your doctor.

The antiviral activity against the Asian(A2) influenza is an entirely different mechanism. This medicine is usually used for mild Parkinson disease in the beginning, but often combined with levodopa in late disease. By itself it tends to lose effectiveness after a few months of usage. Some of the side effects are: swelling of the lower legs and bluish discoloration of the skin, confusion, rarely depression with suicidal behavior and also rarely neuroleptic malignant syndrome when the medication is suddenly stopped. Ask your physician about the exact dosage instructions and report any symptoms to your physician.

Anticholinergic medications: Occasionally these medications are used in mild Parkinson disease cases in the beginning, however, most of the time they are used in combination with levodopa.

The most commonly used anticholinergic drugs are perhaps benztropine (brand name: Cogentin) and trihexyphenidyl (brand name: Trihexane, Trihexy). Benztropine is a powerful anticholinergic agent relieving muscle tremor and rigidity. As these are the main problems with Parkinson disease, symptoms such as frozen face muscles, abnormal posture and gait all return to normal. Speech becomes freer, sustained rigidity, muscle discomfort and restlessness during sleep are also improved. Anticholinergic medication is also useful in drug-induced Parkinson disease from medications such as antipsychotics where swallowing problems, lockjaw, restlessness urinary frequency and others can be a problem. However, like any other medication, these medicines have side effects like nausea, confusion, hallucination, dry mouth, constipation and others. Ask your physician for more details.

Antihistamines with anticholinergic action such as diphenhydramine (brand names: Benadryl, Allerdryl, Allernix, Nytol) and orphenadrine (brand names: Disipal, Norflex) are useful for treating tremor and muscle spasm. Side effects are a dry mouth and drowsiness. Anticholinergic antidepressants such as amitriptylene (brand names: Elavil, Endep) are useful in conjunction with levodopa to regain mobility, but also to treat depression, which is often associated with Parkinson disease. Side effects are usually a dry mouth, constipation and drowsiness, but when given at bedtime, the drowsiness often is not a big problem.

Propranolol (brand name: Inderal) can be very useful in treating those patients with Parkinson disease, where the tremor in the extremities gets worse with activity or intention to get moving (called “intention tremor”).

As mentioned earlier, normally the tremor improves with muscle activity. These are the patients who have a hard time to hold on to a cup of coffee or have gait problems when they walk or get ready to walk. Inderal is often very helpful in these patients. Side effects: patients with asthma or chronic bronchitis cannot take this medication because of a worsening of bronchospasm on this medication. Also, it is contraindicated for congestive heart failure patients. Ask your doctor, if you think you could benefit from it.