When it comes to Alzheimer’s and postmenopausal women, there is good evidence now that women in menopause are at a higher risk to develop Alzheimer’s due to a 1.5-fold increase in beta-amyloid (Ref. 7).

This is due to low estrogen and it has been shown that low dose estrogen replacement is effective in experimental animals as well as in humans to significantly improve Alzheimers symptoms. This is thought to occur because of a toning down of the beta-amyloid peptide production. However, recent data found that estrogen replacement therapy leads to a higher risk of heart attacks, strokes, breast cancer and uterine cancer. For this reason physicians are more cautious now ordering postmenopausal hormone replacement, particularly estrogen only (without progesterone balance). Discuss these issues with your doctor, if this affects you.

Genetic testing at the present time to predict who will develop Alzheimers is not reliably possible, as Ref. 8 has pointed out. This reference stresses the point that it is “useless” to attempt to do some of the commercially available tests, as they simply do not deliver what they promise. However, once Alzheimers has developed, there are some therapies available as is pointed out in the Alzheimers treatment section. There are also measures of preventing Alzheimers that are discussed at the end of the treatment section.

2. Bioidentical hormones, given early enough based on deficiencies determined with hormone tests, can make an enormous difference in terms of preventing Alzheimer’s. As I have summarized under this link this new approach of bioidentical hormone replacement has other beneficial effects (antiaging, improvement of sex life, recovery of lost energies etc.). As this link explains, Dr. Rimkus has replaced hormone deficient aging men with estradiol and progesterone (typically regarded as female hormones), but at the doses of about 1/4 of the dose used for women. In my mind this is a revolutionary approach, but makes biological sense as both men and women have estrogen and progesterone receptors (in addition to testosterone receptors). The estrogen receptors of men’s brains likely need the minute amounts of estradiol to prevent Alzheimers and senile forgetfulness, but too little research has been done in North American universities with regard to bioidentical hormones as they cannot be patented. Testosterone is now also being recognized as contributing to prevention of Alzheimer’s disease when used as part of a bioidentical hormone replacement program and has been shown to not cause cancer. 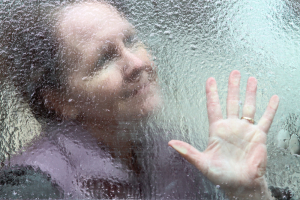