A patient who is afflicted with Alzheimer’s, dementia and delirium is confused and disoriented and in the case of an acute delirium the condition may be so pronounced that the patient cannot be distinguished from a person with a psychosis. In the following I will describe several of these changed states of cognitive functioning.

For several decades physicians assumed that one of the signs of aging would be the occurrence of “memory moments” or “senile forgetfulness” as it used to be called in the past.

Research by Dr. Scott Small (Columbia University Medical Centre in New York) has shed a new light on this issue. He has done experiments first on mice, then with humans, to show that intermittent higher blood sugars without overt diabetes are responsible for memory moments in the aging individual. Using animal experiments and doing brain scans in volunteers he found that there is a malfunctioning of one area of the hippocampus, called “dentate gyrus” that seems to malfunction when memory loss occurs. With further aging and permanent changes in the hippocampus this can develop into permanent short term memory loss as is found in Alzheimer’s disease. The researchers observed that there was an improvement of the hippocampus function when the subjects ate the right diet and were doing regular physical exercise. In the future medicine may be developed that lowers blood sugar and would lead to normalizing the function of the hippocampus.

There is evidence from a research group in Los Angeles that high fructose corn syrup can change the communication through synaptic gaps between brain cells, which interferes with memory. However, omega-3 fatty acid supplementation can counteract the effect of memory loss (coupled with avoiding high fructose corn syrup). “Our findings illustrate that what you eat affects how you think” said Fernando Gomez-Pinilla, a professor of neurosurgery at the David Geffen School of Medicine at UCLA. 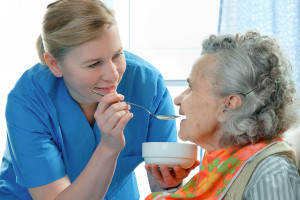 Anything, which is not Alzheimer’s is lumped together as “dementias”. They all are leading to a lack of memory and symptoms very similar to Alzheimer’s. But they are distinct clinical entities and are dealt with separately in the literature. In the following I will only mention the most common ones.

Many serious infections such as malaria, meningitis, encephalitis and serious pneumonia with high fevers and possible circulating toxins lead to a delirium. Septicemia may be hidden first and a delirium may be the first sign that something serious is going on. In AIDS patients there may be opportunistic infections with other pathogens as mentioned under dementia before.

There are a number of structural lesions that can cause a delirium. Perhaps the most common is a stroke (ischemic or hemorrhagic in origin). Other common lesions are metastases into the brain from a primary tumor located elsewhere in the body (often lung, bone, liver, prostate or breast). Hemorrhages, such as a subarachnoid or subdural, can also cause delirium. A brain abscess, often from dirty needles in the street drug scene, can also suddenly present as a delirium.