In the last 20 years genetically engineered food (GE food or GMO standing for genetically modified food) has entered the scene on grocery shelves and roadside fruit and vegetable stands, particularly in the US and Canada. During the 19th Annual World Congress Anti-Aging and Aesthetic Medicine in Las Vegas (December 8-10, 2011) several speakers cautioned that severe allergic reactions and autoimmune responses can be caused by GE food. An example is the introduction of tiny DNA pieces into GE food stemming from insects to make plants more resistant to disease. However, humans can react to these food changes with severe anaphylactic shock and less severe allergic reactions, which are now being seen in clinical practices and hospitals.

Sharp divide between Europe and the US/Canada

In 1994 GE foods were first introduced into the market. They were the FLAVR SAVR tomatoes. Although initially successful, the public demanded non GE foods and the product was withdrawn from the market (Ref.10). According to Ref.11 the Europeans approached GE foods with the precautionary principle in mind that if food has not been proven to be safe, it should not be allowed into the market. Many European countries require GE foods to be labeled as such or they are even forbidden. In the US the opposite is true: In 1992 the Food and Drug Administration declared that GE foods would be generally regarded as safe and would not require testing or labeling. By 1996 GE soy became widely grown; in 2009 GE beets for sugar production were introduced. Rats have recently been shown to succumb to various tumors when exposed to GE corn (Ref.12 and video below). 70% of packaged foods in the U.S. likely contain ingredients from GE corn, soy, canola, or sugar (Ref. 11).

Inadequate investigation re. genetically engineered food
Health risks of genetically modified foods have been investigated much more since about 2006 and prior to that there has been a paucity of reports (Ref.13). This reference also points out that animal toxicity experiments should include a mix of GE foods to simulate the human exposure to GE foods. Ref. 12 describes experiments with GE corn fed rats that had a number of tumors after 18 months. They were observed over the entire life span of the laboratory rats while standard toxicity experiments on mice and rats are conducted only over 90 days and declared as “safe” when in reality the exposure time was too short. Here is an example where mice were used as toxicity model, but only for 4 weeks in one set of experiments and 90 days in another set of experiments. When exposure to the GE product under these circumstances did not show a difference to the control group, the GE product was declared as “safe” (Ref. 14). Another such blatant simplification with an only 90-day exposure of rats to GE rice should make us believe that GE rice would be safe! (Ref. 15) 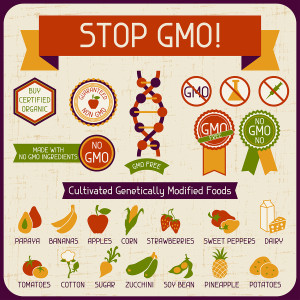 GE foods are NOT safe as explained above in detail. The discussion about the safety of GE foods is not over as this article shows.

We need 3 generation monkey and human studies to show that GE foods would be harmless. In the case of humans this experiment would last 90 years. Nobody will fund such a study. I prefer to be part of the control group that ate mostly organic foods. I recommend you buy organic food whenever you can and avoid foods that you know are genetically modified (also see organic blog Ref. 16).

Here is a YouTube by Dr. Antoniou regarding longterm feeding trials of GMO/GEF.

9.Suzanne Somers: “Knockout” Interviews with doctors who are curing cancer and how to prevent getting it in the first place. Crown Publishers, 2009; Dr. Russell Blaylock, an oncologist, was interviewed on page 155 re. MSG.