The principles of treatment of ankylosing spondylitis are to control the joint pains so that scarring and calcification with subsequent stiffening of the spine and of joints is minimized as much as possible. Manual therapy like physiotherapy and chiropractic treatments may be beneficial.

The usual anti-inflammatories that are used for other forms of arthritis are utilized here as well, such as NSAIDs and COX-2 inhibitors. Corticosteroids, which play a larger role in rheumatoid arthritis, play less of a role for ankylosing spondylitis. However, for single joints that are affected, these may be injected by the physician or rheumatologist for easier rehabilitation.

Acute iritis is treated by the ophthalmologist utilizing topical corticosteroid drops as well. Systemic corticosteroids are avoided because of the danger of osteoporosis that would develop much easier in these patients and the danger of septicemia with life threatening infections as a result of the immunosuppressive side effect of corticosteroids.

Reiter’s syndrome is associated with Chlamydia trachomatis, a sexually transmitted disease, and treatment with doxycycline over a period of 3 months is usually required for the patients and their sexual partners. Otherwise treatment for the joint pains is as above with mainly NSAIDs and COX-2 inhibitors.

This has to be treated with anti-inflammatory medications often alongside any flare-up of psoriasis ( the skin disease) that may be flaring up at the same time.

As the presence of arthritis alongside skin signs of psoriasis indicates a more severe form of psoriasis with significant autoimmune reactions, immune modulating therapies are needed to quickly get the disease under control. These therapies that were only developed very recently are at the present time still fairly expensive. Infliximab is a monoclonal antibody against TNF and this medication has been released by the FDA for rheumatoid arthritis and Crohn’s disease. The above link shows that dermatologists in the US have found this medication to be useful in difficult to treat psoriasis cases. Enbrel is another anti-TNF medication, which has been accepted by the FDA for psoriasis and psoriatic arthritis. Other immune modulators are alefacept and efalizumab, both of which work by inhibiting T cells (Ref. 6). 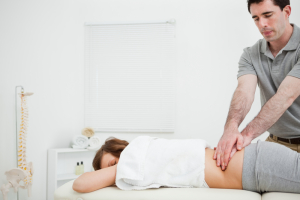 This is associated with Crohn’s disease or ulcerative colitis. The same principle applies that the underlying condition is specifically treated and the associated arthritis is treated symptomatically as well.

In all of the different forms of arthritis physical treatment modalities such as hot baths, physical therapies, daily exercises aimed at maintaining and regaining full range of motion and strength are combined with the treatment modalities mentioned above. Infliximab is a monoclonal antibody against TNF and this medication has been released by the FDA for rheumatoid arthritis and Crohn’s disease. It is an immunomodulator that addresses the autoimmune reaction that is behind the joint and gut symptoms of enteropathic arthritis (Ref.6).